24 factories earmarked for completion by 2020 in N/R

24 factories earmarked for completion by 2020 in N/R

Ghana Web
The Deputy Minister for Trade and Industry (MoTI), Mr. Robert Ahomka-Lindsay, has reiterated government’s commitment to establishing the 24 factories earmarked as part of its one district one factory (1D1F) project in the Northern region by 2020.

According to him, all the 24 factories to be established in the region have received funding with the necessary measures put in place to ensure their commencement.

The Deputy Minister announced this at the official inauguration of the District Implementation Teams (DIS)for the One District, One Factory (1D1F) programme in Tamale.

The teams expected to kick-start the programmes were charged to ensure quality work is done to sustain economic development in the region and the country as a whole.

The teams are to oversee work of the factories’ promoters across the region to ensure economic growth. They are also to assist with technical aspects of the factories to be constructed at the various sites by ensuring there is due diligence.

The flagship government programme is expected to create job opportunities and also alleviate poverty by engaging thousands of young people in work.

The Deputy Minister said the region has abundant agricultural and tourism potentials, hence establishment of the agro-processing factories to address the plight of local farmers.

He urged the Municipal and the District Assemblies to liaise with the private sector to identify the potential areas and also put in measures to kick-start the projects.

“Anybody that tells you industries or factories can be built in 12 months does not know what they are talking about,” he said.

According to him, government for the past 12 months has been putting in place the necessary frameworks to fulfil its campaign promise of having a factory in each district of the country

He said government is therefore committed to facilitating and creating an enabling environment for establishing the factories to be spearheaded by the private sector.

“We have 60 years of history on how we attempted industrialising this country, and we have not managed those; we see everything around us attests to the fact because governments did not realise their roles in running businesses and the private sector, but just started projects that do not succeed,” he said.

“We have learnt from our mistakes, and we use those lessons and knowledge to avoid making those mistakes again,” he added.

“To avoid mistakes made previously with the industrialisation drive, government has taken steps to ensure the availability of the raw materials needed to feed the industries and prevent the factories from becoming white elephants,” he said.

“We are so committed to doing everything possible that ensures total development for people in the region,” he stated.

He noted that the Food and Drugs Authority and the Ghana Standards Authority will ensure standard materials with quality equipment are used to ensure value for money.

He urged the Fire service to also ensure issuing fire certificates to all the industries and farmers to safeguard the projects for a better future.

“If the certificates are not issued by the fire service office in the region, no government or ministry can come to issue it – and that would therefore put the factories under risk,” he said.

He also admonished the traditional authorities to help release lands for the project, saying this will ensure economic development in the region and the country – thereby reducing government importation of the agricultural products.

The Northern Region Trade and Industry Officer for MoTI, Mr. Samuel Wood, told the B&FT that regular supervision will be carried out to ensure the right things are done.

He noted that the promoters will also be made to report to the authorities about progress being made.

Some Municipal and District Chief Executives urged the financial institutions to support the promoters with finances to discharge their duties. 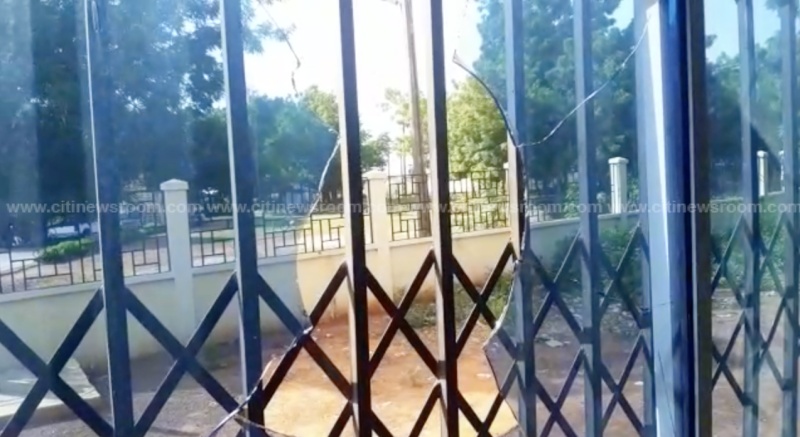