Ghana Web
Police in the Brong Ahafo Region says they have arrested two of their own for allegedly conniving with some residents of Akyeremade in the Sene West District, who stormed the district police headquarters at Kwame Danso and freed some four suspects in custody.

Some residents in the area are said to have attacked the district police headquarters at Kwame Danso, assaulted police personnel on duty and released four inmates.

The four are reported to have been part of a group which attacked some Sisala indigenes in the area and burnt over 200 bags of their charcoal in the process. According to police, the two policemen assisted the residents with vital information that helped them carry out the act.

In an interview with Citi News, Public Relations Officer for the Brong Ahafo Police, Chief Inspector Augustine Oppong said the two are being questioned.

“Our investigation later revealed that two community police guys who were with them were revealing our secrets to the town folks which empowered them to come and attack the police, so we investigated them, arrested them and sent them to court for which the court has remanded them for two weeks.

“We arrested the ringleader of the group, so he is in the grips of the Police, and I believe by this time he is standing in the court to be remanded,” he said.

Mr Oppong also expressed worry over the growing trend of attacks on police stations by jailbreakers and called on religious leaders to tackle the problem.

“We have the clergy, the Imam who wield a lot of power and authority. If they start talking to these people in their mosques and churches, I believe we will be able to protect police stations.

“It is about the change of mind … If we decide to speak to their minds that the police is there not to intimidate you but to protect lives and properties, the notion that the police is an enemy will be eroded. Talking to the people is the most powerful weapon.” 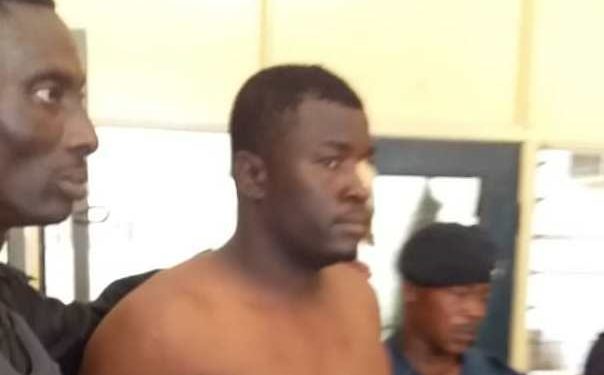 Police arrests 21 suspects for breach of the peace