Ho, March 26, GNA - Mr Wamkele Mene, the newly elected Secretary-General of the African Continental Free Trade Area (AfCFTA) Secretariat has been sworn-in Thursday to give him legitimacy to commence business.

The Secretary-General would provide leadership and technical support to AfCFTA Secretariat and overall management of the day-to-day functioning of the Secretariat to ensure it achieves its desired mandate, according to AUC release copied to the Ghana News Agency.

Mr Makaya indicated that “the swearing in of the first Secretary General of the AfCFTA can only be linked to a day in 1993 when the late Peter Sutherland was elected as the first Director-General of the World Trade Organization.”

He added “Mr. Mene is entrusted with a huge responsibility to lead one of the key institutions of the African Union and to guide Africa to realize the Aspiration number one of the Agenda 2063 which talks to the attainment of ‘A prosperous Africa based on inclusive Growth and Sustainable Development’.”

He emphasised that the swearing of the SG of the AfCFTA was a milestone in the journey to integrate the continent and an affirmation of Africa’s resolve to advance towards the realisation of the objectives of the Abuja Treaty.”

“We put the AfCFTA Secretariat in very capable hands under Secretary General Mene, we are assured of effective implementation of the AfCFTA Agreement,” said H.E. Amb. Albert Muchanga, Commissioner for Trade and Industry.

Dr. Mahamat congratulated the SG on his election and underscored the challenges ahead: “I congratulate you on your election. You have been elected on the basis of your experience and skill. The task that awaits you is quite gigantic but exhilarating because you will be working on the most emblematic project in the history of the African Union.

“The African Free Trade Zone is a necessity for Africa to strengthen its integration.”

In his acceptance speech, Mr Mene, SG, said remarkable progress that had been achieved largely because of the political will and commitment of the Assembly of Heads of States on providing leadership and ensuring that Africa takes concrete steps towards the creation of an integrated market.

He paid glowing tribute to the President of the Republic of Niger, Mr Mahamadou Issoufou, describing him as the Champion of the AfCFTA, Dr Moussa Faki Mahamat, the Chairperson of the Commission and thanked Amb. Albert Muchanga and former Commissioner Madam Fatima Haram Acyl.

Mr. Wamkele Mene underscored the importance of the Republic of Ghana, as the forefront of integration in Africa.

“Ghana should be at the vanguard of our efforts.” “The AfCFTA is a critical response to Africa’s developmental challenges. It has the potential to enable Africa to significantly boost intra-Africa trade, improve economies of scale and to establish an integrated market.”

He added: “It also sends a strong signal to the international investor community that Africa is open for business, based on a single rule-book for trade and investment.”

The Secretary General took the opportunity to address the Coronavirus scourge, “Africa should not despair and fall into despondency-from a trade perspective, we should see this crisis as an opportunity – through the AfCFTA we have an opportunity to reconfigure our supply chains, to reduce reliance on others and to expedite the establishment of regional value chains that will boost intra-Africa trade”.

The SG indicated that the implementation phase of the AfCFTA coincides with the year of silencing the Guns, providing an opportunity to focus on fast-tracking Africa’s economic development objectives.

“Successful implementation of the AfCFTA shall further consolidate the gains that are foreseen in Agenda 2063: The Africa We Want and indeed shall take us a step closer to the Africa we want,” he stated. 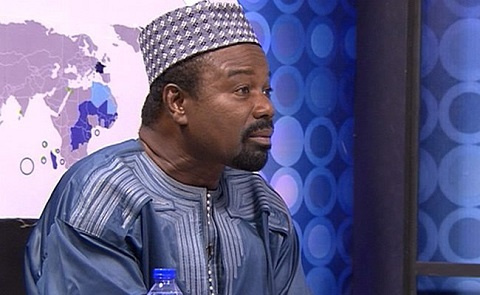 AfCFTA is biggest achievement of AU yet – Vladimir Antwi-Danso 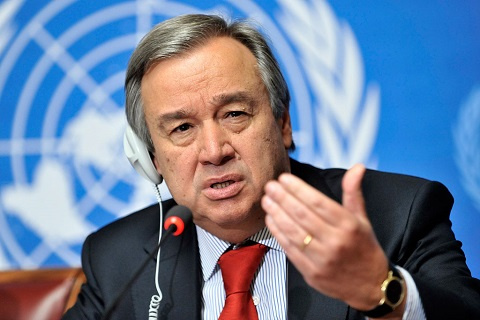 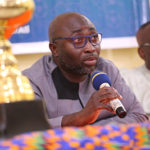