Accra, March 25, GNA - Since the emergence of the first case of COVID-19 in Wuhan, China, at the cusp of 2019 and its subsequent spread across the globe, governments all over the world have been scrambling to contain the spread.

In Europe and China, there have been lockdowns - entire populations ordered to stay in their homes. Similar responses had been replicated in Rwanda, with the United States of America invoking the Defense Production Act to fight the pandemic. The Defense Production Act allows the Trump Administration to direct industrial production - push U.S. manufacturers such as automakers and clothing companies into producing medical equipment for hospitals.

In Ghana, as is the case in many Sub-Saharan African (SSA) countries, national borders are closed to human traffic and there are other measures such as suspension of public gatherings. While these measures are laudable, doubling the efforts to avoid being overwhelmed as we are seeing in some countries is necessary and should not wait.

The following measures are therefore proposed for consideration:

Intensify contact tracing, start mobile testing system to reach out to potential patients upon request, mobile temperature testing and isolation of people above the threshold for further testing, suspension of trading in non-essential goods (example clothes, footwear etc.) in all markets, and suspension of all passenger travels especially to and from Accra and Kumasi to other regions.

Additionally, there should be the mandatory supply of sanitizers in public places, provision of personal protective equipment for all health personnel handing COVID-19 cases, imposition of price ceiling on basic necessities - food, masks and sanitizers, workers choosing to self-isolate should not suffer any sanctions from their employers, immediate operationalization of all idle health facilities and the building of makeshift hospitals like the Chinese did.

Human coronavirus infections are not new. At the beginning of the new Millennium, the severe acute respiratory syndrome coronavirus (SARS-CoV) originated from Guangdong Province, China, spread to 28 other countries, between year 2002 - 2004, and killed close to 800 people.

While the current understanding of the contagion is limited and evolving, its threat and disruption to human activities – change in normal routine and pattern of life remain extreme, especially in countries with weak health systems.

In Sub-Saharan Africa as is the case with most developing countries, the coronavirus is presenting an unexpected shock and putting pressure on already fragile health systems. For poor countries with small budgets to deal with emergencies, repurposing existing budgets appears to be a reasonable option.

Although efforts are being made on multiple fronts to protect economies and contain the spread of the pathogen, the long-term implications for food security and measures to increase food production, are missing.

Historically, when it comes to repurposing funds in Africa, agriculture tends to be the first casualty. With more than a quarter of the population in Africa classified by the Food and Agriculture Organisation (FAO) as food insecure and vulnerable to malnutrition and hunger, COVID-19 could further exacerbate things - worsen the food insecurity situation.

Food production in Sub-Saharan Africa is largely driven by smallholder farmers who depend on outmoded farming techniques to produce all kinds of food commodities for domestic consumption and for export.

Things are not any different in Ghana where about 1.2 million people, representing 5% of the population are food insecure. An additional two million people are vulnerable to food insecurity and their situation would likely worsen in the event of any pandemic that distorts the food production system. We foresee four key issues that could worsen the food insecurity situation and cause more damage to human health than the coronavirus disease if measures are not put in place as soon as practicable.

First, COVID-19 is hitting Ghana at the onset of the farming season. Given the fact that emergency laws are being activated to curtail movement of people and by extension goods, this could affect smooth distribution of key production resources such as fertilizer, farm equipment and pesticides which often originate from Accra/Tema. This could negatively affect crop yields - producing below the already lower yields currently being experienced. We anticipate a state where yields could drop below the 2019 figure if the pandemic is not contained before the end of April, and specific interventions are not put in place in the agricultural sector.

The second factor that could escalate Ghana’s food insecurity situation is panic buying and hoarding of food. A clear example is what we saw when markets in Accra were shut down for those places to be fumigated - immediate price hikes and hoarding of basic staples, moments after the announcement of the exercise.

It is also important to recognize that Ghana is import-dependent, with respect to many staple food commodities. As of 2018, most staples like rice and meat were imported. Unlike previous epidemics, the COVID-19 has hit all countries where Ghana has been importing food from including China, Brazil, and the United State of America. With about 70% of rice and 75% of poultry imported from these countries, the food insecurity implications could be severe unless steps are taken to boost domestic production.

Added to these challenges, is the potential distortion of the food distribution system. While transport and distribution challenges existed before the pandemic, it presents a unique challenge as the usual transportation system is likely to be interrupted. What this means is that, food will likely not get to where it is needed most. When this happens, the poor who are often women and children are going to bear the brunt. Disruption of the transportation will simultaneously cause massive post-harvest losses especially, perishable foodstuffs such as vegetables, fruits and tubers produced in hard to reach communities.

It is commendable that the government has already dedicated resources to contain and stop the spread of the flu-like infection. Everything must however be done to avoid any neglect of the fragile food system, spearheaded by smallholder farmer in the resource allocation.

Farmers should be motivated and supported to increase their production. The bulk of food supply in the country comes from smallholder farmers, however, existing policies supporting their productivity have not been helpful to their optimal performance.

We therefore suggest that there should be a non-repayable emergency fund for farmers.

Second, agriculture inputs should immediately be classified as essential materials and steps taken to ensure their uninterrupted supply to various depots. We suggest that the Ghana Armed Forces and other state actors be used to transport these vital inputs to farmers if the virus infection curve is not pushed down by the middle of April. This will ensure that production is sustained and yields improved to make up for any likely shortfall in imported food commodities. Similarly, food transport and distribution should be considered as a national security issue and thus a protected activity under the restrictive laws.

Price control system should also be instituted with immediate effect. We are not in ordinary times where market forces of demand and supply is allowed to determine price of food. Following the 23rd March experience in Accra, where prices were triple within a day, the market forces are immoral and the government must step in to issue price ceiling and to swiftly deal with any offenders to serve as a deterrent. This is necessary to protect the poor against selfish and exploitative tendencies.

Mindful that Ghana is yet to hit the plateau of the infection curve, the government must prepare for the worst-case scenario, be ready to activate organized emergency food deliveries. This calls for effective collaboration between the National Food Buffer Stock Company, NADMO, and transport operators on one hand and local and community organizations and farmers on the other hand to ensure enough buffer stock.

India grapples with bird flu outbreak as it battles COVID-19

Fight against Covid-19 is a collective responsibility – Oppong Nkrumah

Can we win the battle against illegal mining? 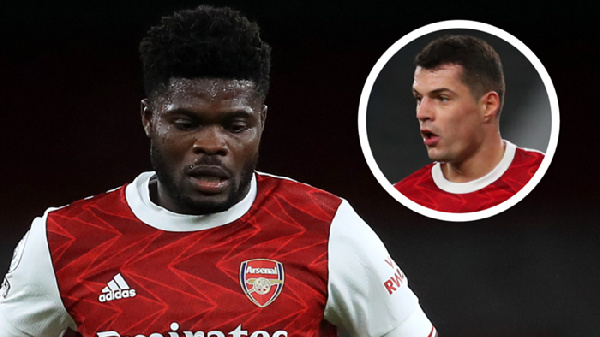 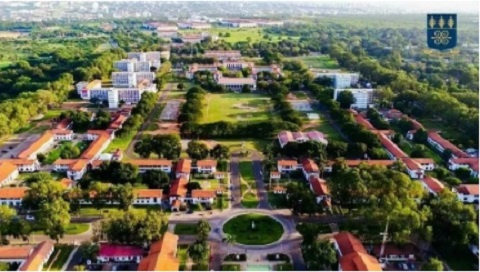 UG could suspend or sack violators of COVID-19 rules