Kwahu Afram Plains South to get a cassava processing factory

Kwahu Afram Plains South to get a cassava processing factory

He said the factory when completed, would engage over 1,000 youth in the district, which would help reduce unemployment in the area.

Mr Ofori said the factory would enhance the agribusiness sector with opportunities for women and persons living with disabilities.

This was disclosed at the Meet- The- Press Forum held at Tease in the Eastern Region.

The DCE said work had already begun on the factory and it was expected to be completed next year.

Mr Ofori said 200 acres of cassava had been planted to serve as raw materials to feed the factory and that the factory had prompted many farmers to go into the cultivation of cassava in the district.

Mr Ofori said cassava would be processed into gari and chips, which would be supplied to local markets and some exported to other countries.

The Assembly, he said would do its best to ensure that the people benefited from the government's flagship programmes to better their standards of living.

The Tease community is noted for commercial cultivation of yam, cassava and cereals.

Manhyia South To Get Ambulance Bay 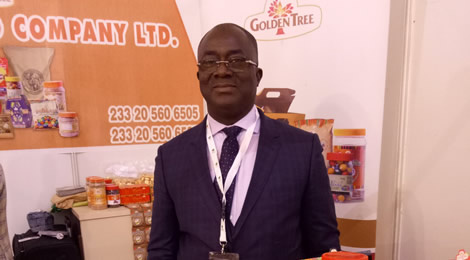