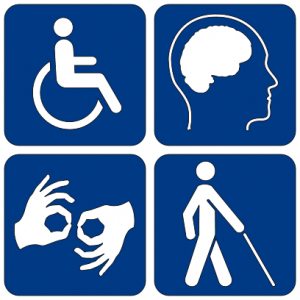 Iddrisu Abdul Hanan is a hearing-impaired Level 200 Student of the University of Education, Winneba (Distance Education), and a warehouse staff at LK International Company in Tamale.

He lamented the rapid rising of prices of commodities and utility bills could impact negatively on him as a person living with disability (PwD) in school.

He told the Ghana News Agency (GNA) that economic challenges, although experienced by masses, affected PwDs differently because they were already vulnerable in society.

He said the cost of foodstuff, transportation and learning materials had increased, which impacted negatively on him.

He added that, “even though living as a deaf person has been difficult, it was much better than it is now.”

Economic challenges have been prevalent among Ghanaians over the past few months as media publications and individual reactions indicate citizens were generally feeling the impact of the situation, coping with continual increases in food prices and utility tariffs.

The PwDs are the vulnerable class in society, and irrespective of their economic and social conditions, current economic turn has made it overly difficult for them to meet basic needs.

According to the 2021 Population and Housing Census, PwDs constitute eight per cent of Ghana’s population, which represents 2,098,138 individuals.

Iddrisu told the GNA that the psychological stress that accompanied paying twice his utility bill now, compared to months ago, weighed on him.

It is worth noting that the PwD in question is a worker and has no wife or child at the time, yet he feels the draining impact of economic hardship.

What then happens to the existence of people who have one disability or the other, jobless and married or have children to cater for?

The case of PwDs, who lost their source of livelihood as result of scrapped toll boots by government, face worst plight amidst the current economic hardship.

Beatrice, a physically challenged single mother of one, who was a toll boot attendant, in an interview with the GNA, said life had been uneasy since she lost her job last year.

She said the toll boot job had helped cater for her basic needs since 2017, adding it seemed impossible to land another job due to her condition.

She said: “I completed workers college as a diploma holder, but it’s just difficult to get a job. People deny me jobs with the excuse of stress and inability to climb stairs at workplaces.”

She grieved over difficulties she encountered in the quest to fend for herself and child, stating that she had become a burden to her parents, who are retirees.

Beatrice’s state is a representation of many PwDs, who are unemployed due to their physical conditions. Undoubtedly, some PEDs face greater degrees of hardship.

Mr. Safian Issahaku, a Youth Chairman of PwDs, speaking at press forum held in Tamale on September 08, where a coalition of Non-Governmental Organisations sought to ensure social inclusion for all interest groups, mentioned that many PwDs find it difficult to meet daily basic needs and the few who had jobs at toll boots, were rendered jobless, worsening their living conditions.

The interest and welfare of PwDs have been under-considered in national decisions over the years, which holistically affects their wellbeing, and mental health while they live everyday trying to cope with societal discrimination.

In a GNA publication dated December 09, 2021, the Northern Regional branch of Ghana Federation of Disability Association (GFD) expressed displeasure over failure of the Ministry of Finance to capture the needs of PwDs in the 2022 budget.

Such a concern is one of the lots of the people, who are marginalised at all decision-making levels, from district to national, whereas they ought to be given paramount considerations.

Meanwhile, countries, including Australia, New Zealand and Canada have anti-discrimination and other laws that are disability specific, which makes it illegal for citizens to make employment decisions based on peoples’ disability.

Mr. Mohammed Iddrisu, Northern Regional President of the GFD, in an interview with the GNA, said there were a respectable number of PwDs, who qualified for certain jobs who however, remained unemployed due to stigmatisation.

He said: “The challenges of our members are enormous. Businesses of some PwDs collapsed during the COVID-19 pandemic. Those who lost their jobs, are home depending on family members.”

He appealed to the government to consider increasing the Disability Common Fund (DACF) payment from three to five per cent to ease the burden on members.

He advocated employment quota reserved in the formal and informal sectors for PwDs to reduce joblessness among qualified ones, who got denied because of discrimination.

Mr. Iddrisu called on government to speed up the re-introduction of the toll boot tax collection system and formulate a law to allow only PwDs to manage the toll booths.

The welfare of PwDs must be considered a responsibility of every citizen poised to assist government and NGOs to alleviate conditions that may jeopardise their lives and capabilities.

The government should make affirmative action decisions that would favour PwDs inclusively, hence the need to re-introduce the toll boot tax collection system as soon as possible and compensate people who lost their jobs.

Despite the volume of employers who reject PwDs, there are few who employ them. Therefore, the government should consider a tax rebate for organizations that employ PwDs to motivate others to follow suit.

There should be a quota allocated to PwDs during job recruitments that are disability friendly as well as an increment in the Disability Common Fund percentage with consistent payment to all assemblies. Samsung Unpacked 2023: Get ready for best of Samsung Galaxy, built for today and tomorrow