The Accra Circuit Court Four has issued a bench warrant for the arrest of Prophet Daniel Nkansah for failing to attend court.

Mr Nkansah, who is charged for GH¢390,000.00 fraud under the pretext of supplying 60,000 pieces of jute bags to a businessman, was absent when the case was called.

He has denied the charge and has been granted bail.

The trial, which is already in progress, has been adjourned to August 24, 2022.

Meanwhile, his accomplice one Alhaji Mohammed Sanni is on the run.

Police Inspector Eric Pobee had earlier told the Court presided over by Mr Emmanuel Essandoh, that Yakubu Yaya, was a businessman living in Tema, who often bought jute sacks in large quantities.

The Prosecution said the accused person resided in Accra and in May 2021, one of the witnesses in the case had information that, a quantity of jute sacks had been displayed at a warehouse at Atico along the Odorkor Mallam highway for sale.

It said the witness proceeded to Atico and met the accused person who claimed to be the owner of the jute sacks and was looking for potential buyers and the witness also informed the complainant accordingly.

The prosecution said on May 24, 2021, the complainant came to the store at Atico with the witnesses and bargained on the price with the accused person for 60,000 pieces of the jute sacks valued GH¢390,000.00.

The prosecution said the next day, the complainant made full payment to the accused person in his office in the same building in the presence of the witnesses.

The Court heard that the accused person after receiving the money took GH¢ 150,000.00 in their presence and put it aside in his office.

It said said the accused person and his worker suspect Alhaji Mohammed Sanni asked the complainant to come back to Atico and load the goods, but the complainant and the witnesses went to the store at Atico and realised that the store was under lock.

The complainant then reported it to the Police leading to the accused person’s arrest.

After investigation, he was arraigned. 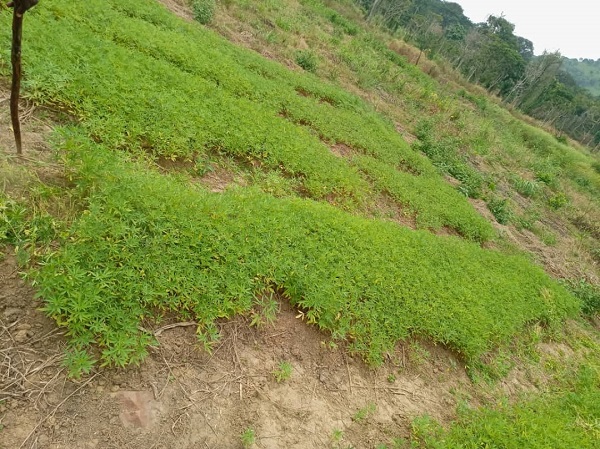 Electrician sentenced by court for tampering with ECG meters

2 appear in court for stealing gun, cartridges, others