In his opening address at the opening of the 57th Annual Meetings of the African Development Bank (AfDB) in Accra, Ghana today, May 24, 2022, the President of the Bank, Dr. Akinwumi Adesina took a swipe at his critics.

In a spirited presentation, Adesina, said he was elected not for a job, but on a mission to serve.

“I am proud and humbled to be the President of the African Development Bank,” he said, stating that under his leadership, no development of any country would be left behind.

Thanking African leaders for giving him the mandate, he acknowledged that they have given him a great responsibility to fast-track the development of the continent.

Adesina who has come under severe criticism and had been investigated but cleared on accusations of cronyism among others, said the Bank’s programmes are working and effective and are rigorous in carrying out their oversight responsibilities.

Then he took a dig at publications that have published critical reports about him and the Bank, mentioning in particular The Economist. The Economist on May 19 had published an article focusing on weak governance at the Bank.

“We will not be defined by concocted, outlandish, fabricated, tabloid, horribly made up stories. Which some people seem to paint about us, which are false,” he said, describing the report by The Economist as “misinformation”.

“We will tell our own story, not the story that some write about us, and our story is a great story,” he added.

The Meetings in Accra is focusing on climate change.

“At this Annual Meetings we will be focusing on one of them: Climate Change and the Just Energy Transition. Africa is the least polluter of climate in the world, accounting for only 3 per cent of all global greenhouse gas emissions, compared to developed countries. Yet, the continent suffers disproportionately from the negative impacts of climate change, including increased frequency and intensity of droughts, cyclones, floods, compounded by desertification. According to the Global Vulnerability Index, 9 out of the 10 countries most vulnerable to climate change are in Africa, and 100 per cent of them are countries that depend on the African Development Fund (ADF). Climate change is shortchanging African economies,” he said.

He stated that without any doubt, the African Development Bank is the leader on climate adaptation in Africa, and globally.

“The share of our climate finance dedicated to adaptation is 67 per cent, the highest among all multilateral development Banks. I am delighted that the UN Secretary General, Antonio Guetteres, at the UN General Assembly in 2021 cited the African Development Bank as an example globally on climate adaptation, urging all others to follow the steps of the Bank,” he said.

He then reiterated that the Bank and the Global Center for Adaptation are implementing the African Adaptation Acceleration Program (AAA-P), with the goal of mobilizing $25 billion in climate adaptation financing for Africa.

“The Bank is also supporting countries to insure themselves against extreme weather events, through its Africa Disaster Risk Facility. Today, the facility is supporting nine countries to pay for insurance premiums to protect themselves from effects of climate change. In Madagascar, our support of $4 million to pay for full insurance for the country, allowed it to get $12 million in payouts to compensate over 600,000 farmers, when the cyclones hit the country. We need more financing to insure many more low-income countries,” he said.

He noted further that the Bank is leading on securing Africa’s food supplies in the face of climate change.

“Six years ago, I launched the Feed Africa strategy of the Bank. Our goal was to deliver climate resilient agricultural technologies at scale to farmers, and feed Africa. We are achieving incredible success. Our Feed Africa work has already benefitted over 76 million farmers with access to improved agricultural technologies. Our flagship programme, Technologies for African Agricultural Transformation (TAAT) has delivered climate smart seeds to 12 million farmers in 27 countries in just two years. We are helping farmers to beat climate change,” he said.

He also outline the Bank’s achievements since he was elected.

The Meetings will end on May 27.

The post Adesina lashes out at critics at opening of AfDB Annual Meetings in Accra appeared first on Ghana Business News. 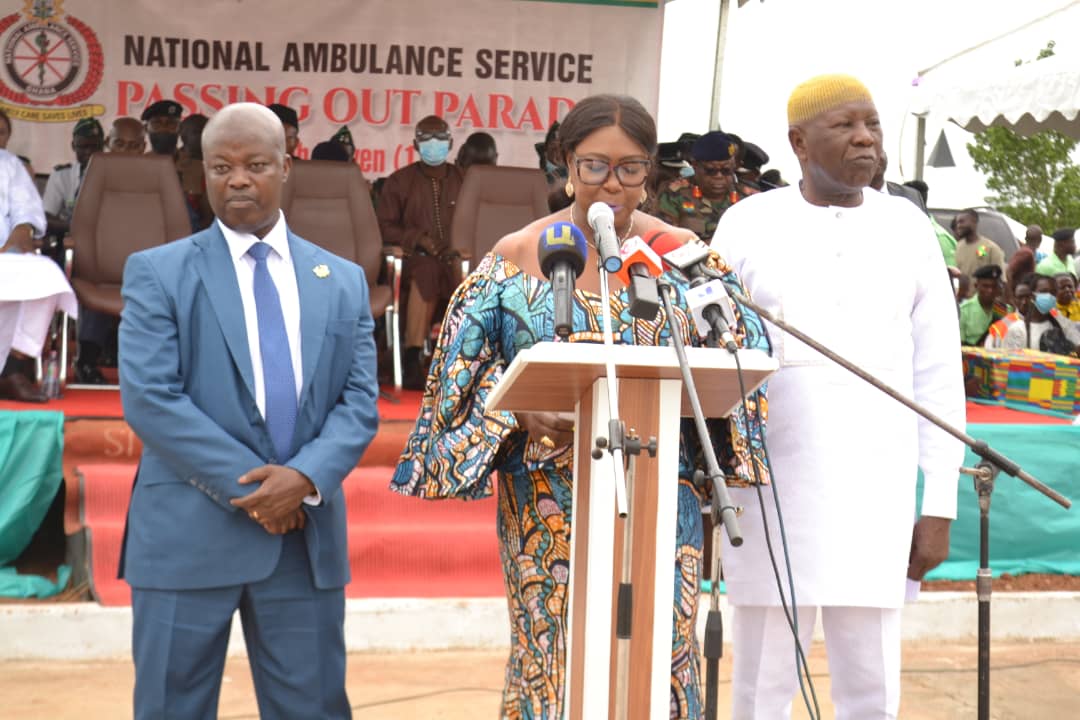