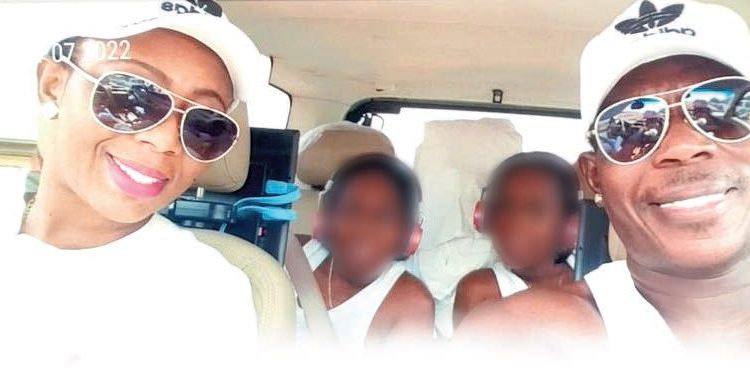 IT APPEARS the couple who recently died at Abuakwa Maakro in the Ashanti Region may have died through a ‘suicide pact’.

One of the children of the couple found said they stopped eating because their parents told them “food was a curse”.

The 13-year-old Jackson, who was found with his younger brother in an unconscious state when they were rescued, indicated that their parents were also not eating.

Their parents, Samuel Jackson and Ernestina Jackson, were found dead in their room on July 27, 2022, when police entered their rented apartment.

They were taken to the Abuakwa Polyclinic where they regained consciousness and were in stable condition.

“We were not eating because our parents said food was a curse. That’s because they were worried over something. Now, we know it. If you want to put the curse out of the food, you have to first pray and then eat,” young Jackson told Citi FM.

He added, “We ran out of food for many days, and we became weak. The police came to our house and took us to the hospital. They took my mum and dad to the other hospital and brought me and my brother here,” the traumatised boy recounted on his hospital bed.

Medical Superintendent of the Abuakwa Polyclinic, Dr. Manye Mensah, said health professionals at the facility were taking the children through physiotherapy and psychotherapy to ensure they gain full fitness.

According to him, the two children, who are about 11 and 13 years old respectively, were brought to the facility highly dehydrated and very weak.

“The two children were lying down helpless, unconscious, so they rushed them to the hospital. When they came, the assessment [we did] showed they were severely dehydrated, and grown very lean,” he narrated.

“That shows the extent of weight loss they’ve gone through. They could not talk or walk. They couldn’t do anything. They lost a lot of fluid. We worked to resuscitate them,” the Medical Superintendent said.

Dr. Mensah asserted that observation revealed that the mother of the children probably died about a month ago, whilst the man’s own death would be about two weeks.

Inspector General of Police, Dr. George Akuffo Dampare, has assured the family of the couple that police would do a thorough investigation to unearth the cause of death.

The IGP, who spoke to the mother of the late Ernestina Jackson on phone to commiserate with the family, assured the family of the Police Service’s commitment to getting to the bottom of the matter.

The Ashanti Regional Police Commander, DCOP Afful Boakye Yiadom, as well as the Divisional and District Commanders of Abuakwa, also visited the traumatised children, who are still on admission at the Abuakwa Polyclinic.

It would be recalled that the Abuakwa Police found the body of Mrs. Ernestina Jackson, born Ernestina Abenaa Gyaamah Boakye, wrapped in a blanket with ice packs on it.

The body of Samuel Jackson was also discovered by police in the family’s bathroom, sitting on the toilet, while their two teenage children were also rescued in an unconscious state.

Neighbours of the deceased couple also told journalists that the Jackson family did not socialise with any of the residents as they lived independently.

They said the last time they saw the family was somewhere in May when the Jacksons’ returned home, parked their unregistered Ford Expedition car, and climbed upstairs to their apartment.