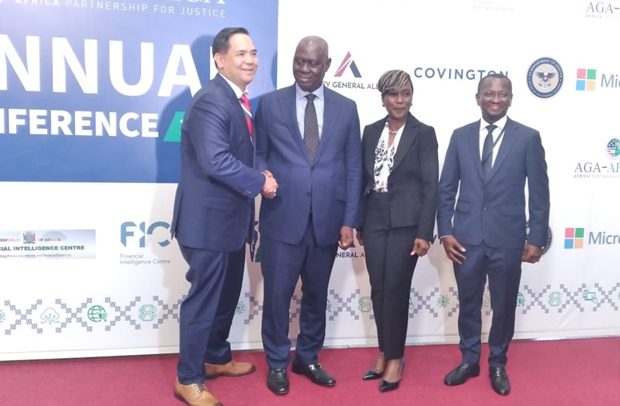 Dignitaries after the opening ceremony

GHANAEMERGED third in Africa’s cyber security rankings conducted by the International Telecommunication Union (ITU).
According to the Union’s Global Cybersecurity Index (GCI), the country scored 86.69% coming after Mauritius and Tanzania.
The latest ranking by GCI is a major leap from the 10th and 11th places attained in the previous ratings. It projects Ghana among the best in the region and globally.
Deputy Attorney-General and Minister for Justice, Alfred Tuah-Yeboah, disclosed this at the opening ceremony of the Attorney General Alliance (AGA-Africa) annual conference being held in Accra.
He said the improvement in the ranking attests to the country’s significant strides in the fight against cybercrime and other transnational crimes.
“We have enacted a number of laws like the Electronic Transactions Act (ETA), 2008, Data Protection Act (DPA), 2012, Economic and Organised Crime Act, 2010 (EOCA) and redrafted the 2019 National Cyber Security Policy. In 2020, the President also assented into law the Cybersecurity Act, 2020 (Act 1038).
“We have also created the Cyber Crime Unit, a specialised unit at the Criminal Investigations Department of the Ghana Police Service with its primary role as detection and investigations of crimes where digital device, network, other telecommunication device or the internet space is/are the target (s) or the means are used,” he stated.
Mr. Tuah-Yeboah commended the AGA-Africa for the incredible partnership which has resulted in trainings offered to prosecutors, investigators and law enforcement officers to increase capacity to successfully prosecute transnational crimes.
Executive Director, Attorney Generals Alliance, Karen White, speaking on the theme for the conference, “Exploring new Frontiers for Cybersecurity and Africa’s Digital Future,” said while recent developments like the ratification of the African Continental Free Trade Area are commendable, they also signal the ease with which transactional criminals can expand the scope of their operations.
“The digital future carries with it increase vulnerabilities as more government service migrates online. While Africa is till among the lease affected continents by such threats, cyber attacks on critical infrastructure on the continent are increasingly becoming frequent,” she noted.
She said African banks have lost billions of dollars to service disruptions and cyber fraud according to the Africa Centre for Strategic Studies and was thus expectant that the conference will help chart a new course in the fight against cyber crime and other transnational crimes that leverage the ubiquitous presence to technology in the lives of people.
“The insights shared will also be complemented by the rich and diverse experience of our US Attorneys General, technology partners like Microsoft that has a long history working on the continent as well as other global players present in our midst today,” she added. 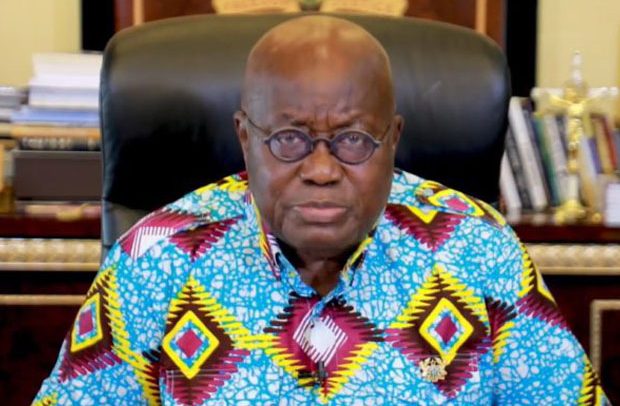