PRESIDENT Akufo-Addo’s optimisation of resources in the construction of the four-tier Pokuase Interchange, and the speed at which he gets things done have been described as “exemplary” by the leadership of the African Development Bank (AfDB) Group.

The Pokuase Interchange, the biggest interchange in West Africa, was constructed by the Akufo-Addo-led administration at the total cost of $65 million.

Interestingly, it was the National Democratic Congress (NDC) that negotiated the Pokuase Interchange in the Ga West Municipality, and pegged the project cost at $84 million, and was supposed to be a three-tier interchange.

When the NDC lost power, and the NPP took over, President Akufo-Addo got his team to renegotiate the whole Pokuase project, and it was redesigned to a four-tier interchange at the cost of $65 million, which is far lower than the $84 million which the NDC government was billed to pay for a three-tier, had Mr. Mahama won the 2016 presidential election.

President of the AfDB, Dr. Akinwumi Ayodeji Adesina, who paid a working visit to the project site on Wednesday, praised President Akufo-Addo for his leadership, commitment, and vision.

“One of the things I actually told the President [when I visited him at the Jubilee House] is this Pokuase Highway [interchange]. I was telling the President that I salute his leadership, commitment and vision, and the speed at which things are made to happen,” he stated.

He added, “Here I am at the Pokuase Interchange, which was actually started in 2018 and in three years it was completed. Quite honestly, I don’t see that in many places, and I think you should all put your hands together for yourselves.”

“I am very, very proud of that Minister [Amoako] Atta. I guess maybe I might tell the President when I see him, is that when he appoints ministers, he should look at ‘twin-twin’ ministers,” Dr. Adesina again intimated.

He said the AfDB provided $84 million loan for the construction of the project, and the Government of Ghana was also to provide $40 million as a counterpart fund.

The AfDB again lauded the government’s determination to get value for money, asserting, “You [referring Roads Minister Amoako-Atta] were talking about value in engineering, where you were essentially able to use the money that was meant to do 3-tiers of this interchange for 4-tier level interchange.”

“This four-tier interchange is the first in West Africa. It is also the second in Africa. Thank you to the Government of Ghana for knowing how to optimise resources of the bank. I am very, very proud of that,” he stressed.

He said what is particularly gratifying for him is the benefit the project has provided for commuters, residents and the country at large.

Roads and Highways Minister, Kwasi Amoako-Atta, said the interchange is accessed by a daily traffic volume of more than 50,000 vehicles.

According to him, the interchange has improved mobility on the Accra-Nsawam section of the Accra-Kumasi Highway, and yielded a 37% decrease in vehicle operating cost, reduced travel time from two hours to 30 minutes, and reduced road accidents by 40% at ACP Junction.

It has improved business opportunities for local businesses, and reduced vehicle operating cost. The area is inhabited by more than 200,000 people. The construction also included the fencing of the three-hectare Gua Sacred Forest; a historical site which contributes to the reduction in CO2 emission.

The project will provide ICT Training in 14 basic schools with a furnished ICT lab to over 10,000 pupils, and has supported women groups in the use of ICT. 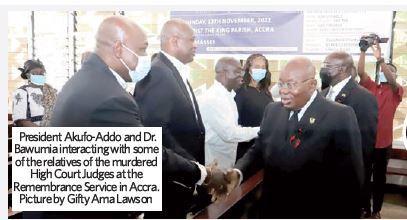 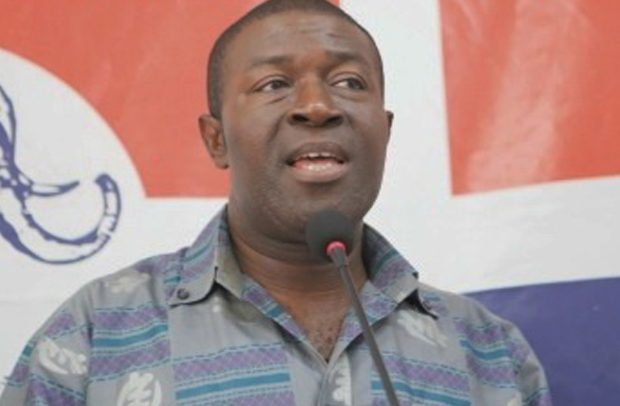