Former President of the Federal Republic of Nigeria, Chief Olusegun Obasanjo, has described the Intra-Africa Trade Fair (IATF) event, which is designed to boost trade and investment in Africa, as a powerful transformational tool for the continent.

According to him, the success of the IATF 2021 held in the South African city of Durban speaks to the great potential of the Africa market, which must be developed to create more economic opportunities for the citizens of the continent.

Speaking at the review of the IATF 2021 event in Accra on Friday, the former Nigerian leader said the seven-day exhibition provided 42.1 billion worth of trade investment and financing deals, with expert sessions and speakers, live performances, an unparalleled list of exhibitors, and some very special cultural highlights.

Mr. Obasanjo, who is the Chairperson of the IATF 2021 Advisor Council, noted that the organisers of the exhibition expected the trend to continue as they move to the third edition to be held in Abidjan, Cote d’ivoire.

Managing Director of Intra-Africa Trade Initiative at Afreximbank, Kanayo Awani said the stage is now set for a single market for goods and services in Africa, saying, “IATF is now a tool connecting businesses, buyers and sellers, investors for opportunities for investment in the continent.

“It is now a reality platform integrating public and private sectors and finding practical solutions to facilitate traffic and trade under the Africa Continental Free Trade Agreement (AfCFTA).”

According to her, a total of 1,501 exhibitors took part in the IATF 2021 edition against the projected number of 1,160, adding that out of the figure, a total of 1,287 were on site (physical exhibitors), while 214 exhibitors participated virtually on the IATF virtual platform.

“Participating countries were 69 out of which 46 were African countries. Overall participants were 32,541 (people). Out of the number, 12,985 were physically present, while 19,556 participated virtually.”

She disclosed that visitors came from 128 countries across the globe, and trade and investment deals were concluded between private-to-private organisations, private-to-government and government-to-government as part of “verticals of the trade fair.”

“This was designed to bring buyers and sellers together and create investments-investors opportunities and the platform to bring financiers to participate in the financing programme for deals concluded.

“Consequently, we had 542 deals concluded during the event and in terms of value it was 42.1 billion worth of trade investment and financing deals,” she submitted.

Mrs. Awani said some of the participants had begun sharing interesting testimonies, saying, “For instance, the Angolan government through their Manager for their Food Security Programme who are currently on roadshow across Africa, signed contracts with various African countries and private sectors.”

“Construction and engineering got a lot of mileage. It is an area which has actively suffered and we are trying to support African countries and businesses in the engineering and constructions sectors to take pride in participating in this huge market of infrastructure,” she posited.

“An Egyptian, PPC contractor, informed us that he signed a contract in excess of over $1 billion from across the continent,” she said and added, “We tried to direct buyers to buy from the continent.”

“We had some 542 of them that participated in a special programme for them to become the anchor of our export trade community initiative.” 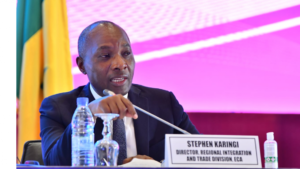 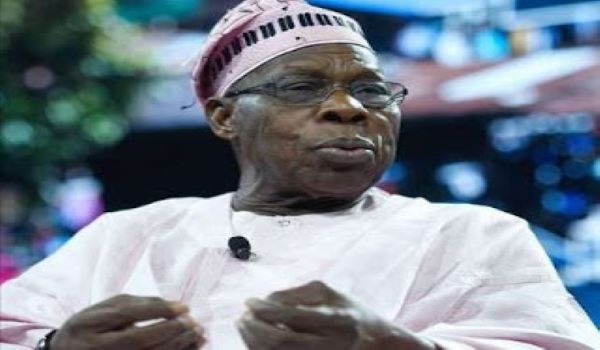 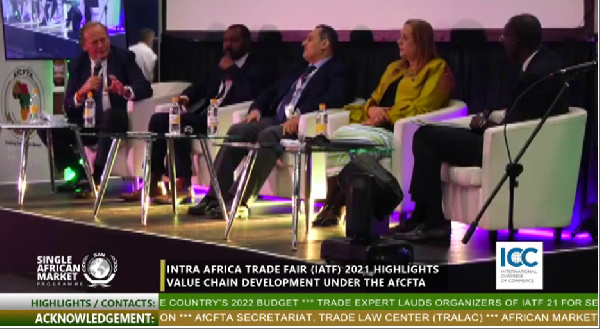