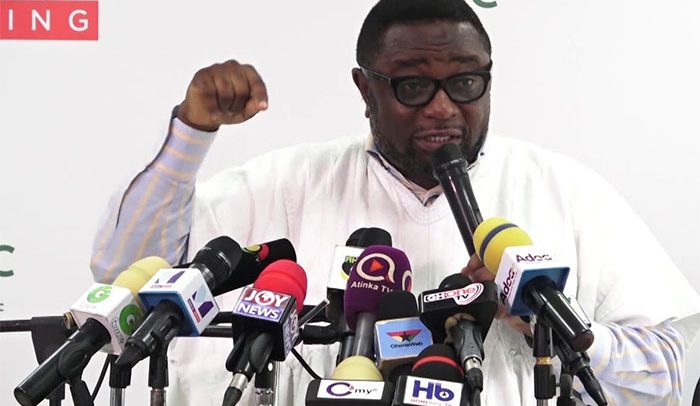 The Opposition National Democratic Congress (NDC) has commenced a series of consultations with various stakeholders on the party’s proposals for electoral reforms.

The party is also making entreaties to the Electoral Commission (EC) to accept the 34 proposals it has drafted to help in the reform of the electoral process.

According to the party, which failed to collate the 2016 and 2020 election results, the aftermath of the 2020 Presidential and Parliamentary Elections have left doubts on the minds of many Ghanaians and governance experts about the credibility of Ghana’s electoral process.

Due to that effect, the party has taken the steps to build consensus with some key stakeholders on important reforms that are required to restore the credibility and integrity of Ghana’s electoral process.

NDC Director of Elections, Elvis Afriyie-Ankrah, in a statement which a copy is available to DGN Online indicated that after having conducted a comprehensive review and audit of the 2020 elections, the NDC had observed several flaws and failings that affected the credibility of the elections.

He said consequently, the leadership of the party commissioned a team of experts led by Nana Ato Dadzie, a former Chief of Staff to former President Jerry John Rawlings, and Professor Kwamena Ahwoi, a former Minister for Local Government and Rural

He said to achieve their target the party has come up with 34 recommendations for consideration by the government and the Electoral Commission which when implemented will help restore the credibility of Ghana’s elections.

The statement said these recommendations have been shared with various stakeholders including the Electoral Commission.

“The leadership of the NDC together with the technical team on electoral reforms has been holding very fruitful consultations with representatives of a cross-section of key Civil Society Organisations in Accra with the agenda to support the electoral reforms that will help safeguard the integrity of Ghana’s elections and democracy.

The statement said the electoral reforms committee, together with the leadership of the party, are scheduled to meet other stakeholders such as labor unions, religious leaders, the National Peace Council, the National House of Chiefs, and the Diplomatic Community in the coming weeks.

It may be recalled that the National Democratic Congress rejected the results of the 2020 Presidential Election and proceeded to challenge the same at the Supreme Court where the party failed to present its collated results indicating the rigging.

The party also disagreed with the judgment of the Supreme Court citing obvious procedural improprieties leading to a flawed verdict.

I beg ooo, I’ve not endorsed any candidate-JAK