An Accra Circuit Court has adjourned to July 8, the GHS 1.6 billion tax evasion case against the Chief Executive Officer (CEO) of K. Ofori Limited and three others.

The four accused are alleged to have fraudulently evaded taxes to the tune of GHC1.6 billion between 2013 and April 2021 and had concealed and disguised the proceeds into investments in the country and abroad.

At today’s hearing, Police Chief Inspector Simon Apiorsornu, who held the brief for Assistant Superintendent of Police (ASP) Sylvester Asare, the substantive Prosecutor, said ASP Asare was in a case at another court hence prayed the court for adjournment.

Mr Martin Kpebu, who represented Hani Mikati, one of the accused persons, prayed the court to release his client’s passport to enable him travel for a week.

The court presided by Mrs Afia Owusuaa Appiah ordered Mr Kpebu to make a formal application so the court could motion and adjourned the matter.

Frank Kwadwo Ofori, the CEO of K.Ofori Enterprise, dealers iron rods and other building materials, together with Hani Mikati, Marwam Hamwi and Sallam Mohammed Gharib, all officials of United Steel Company, have been held for conspiracy to commit crime and fraudulent evasion of tax.

They have all pleaded not guilty to the charges and they have been granted bail in the sum of GH¢1 million each with three sureties to be justified.

Accused were ordered by the court to deposit their passports at the court’s registry and report to the police every two weeks.

The facts as narrated by (ASP) Sylvester Asare, the substantive Prosecutor, are that earlier this year, the security agencies picked up information regarding the unlawful activities of the accused persons including fraudulent evasion of tax and money laundering.

ASP Asare said further intelligence revealed that the officers of United Steel Company developed a scheme apparently to evade taxes and disguised the proceeds in Ghana and abroad.

The Prosecutor said pursuant to the preceding scheme and to facilitate the unlawful activities, Ofori incorporated a company by name Kwadwo Boakye Enterprise (KBE), which was made an agent for United Steel Company.

According to Prosecution, surveillance was mounted on the activities of the accused persons and on April 29, this year, they were picked up.

During a search at the offices of the United Steel Company and the residence of Mikati, about 15 signed cheque books without face value from five separate banks in the name of KBE were found.

The prosecutor said preliminary investigations established that the accused persons, through their unlawful activities, had fraudulently evaded taxes to the tune of GHS1.6 billion between 2013 and April 2021 and had concealed and disguised the proceeds into investments in the country and abroad.
GNA 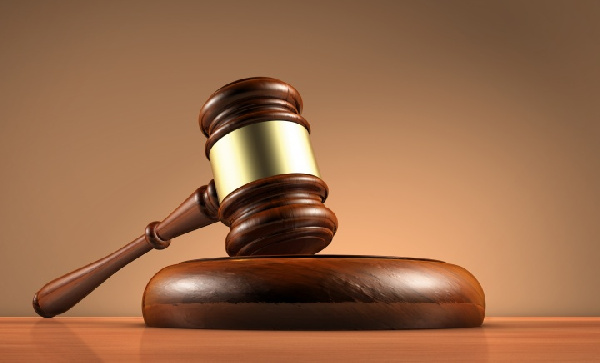 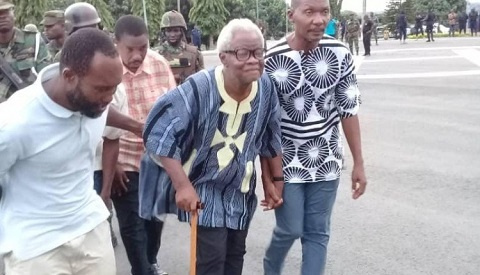