The Obuasi Divisional Police patrol team on Wednesday, 10 May, 2021, gunned down two suspected armed robbers at Akonfokrom near Mile 9 in the Obuasi Municipality of the Ashanti Region.

This was disclosed by the PRO of the Ashanti Region Police command, ASP Godwin Ahianyo at a conference held on Thursday, 11 March 2021.

He said the Obuasi divisional police patrol on Wednesday 10 March 2021, at about 5:10 pm, had a tip-off that some armed robbers had been spotted along the Obuasi Mile 9 road on suspicion of carrying out a robbery attack.

He added “The patrol team proceeded to the area and upon reaching the outskirts of Akofrokrom near Mile 9, three young men armed with guns emerged from the bush and started firing towards the patrol team. The police in self-defense returned fire and in the process two of the armed robbers lost their lives through gunshots. The third person, however, managed to escape”. 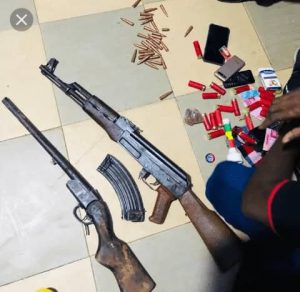 The police found one AK47 assault rifle with five empty shells at the scene and one locally manufactured single-barreled gun.

On-the-spot search at the scene revealed one AK47 assault rifle with serial number KO237016 with five empty shells also found at the scene. 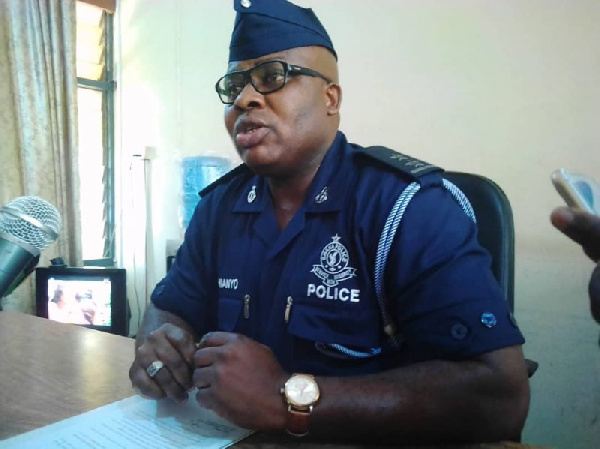