A 28-year-old second-hand cloth dealer is in the grips of the Nungua Branch of the Domestic Violence and Victims Support Unit (DOVVSU) for burning his girlfriend with a hot iron over GH¢7.

The suspect, Kwadwo Appiah Agyei, is alleged to have used the hot iron to burn the face, breast, hands and back of the victim identified as Grace Borteley, 30, for pocketing the money.

The victim claims she sold a dress valued at GH¢7 to a customer on credit but her boyfriend has accused her of taking the money.

Briefing DGN, the Coordinator in charge of the Nungua Branch of the Domestic Violence and Victim Support Unit (DOVVSU) under the Kpeshie Divisional Police Command, Deputy Superintendent of Police (DSP) Christiana Fosu Asamoah said the couple have been cohabiting for the past two and a half years and have a two-year-old daughter together.

She said on April 25, the victim; with burns all over her body reported the matter to the police.

The DOVVSU Coordinator continued that a medical form was immediately issued to the victim to seek medical attention after which her statement was taken.

DSP Fosu Asamoah continued that the victim after being accused of selling a dress for Gh¢7 and pocketing the money, explained what happened to Agyei who was then ironing a shirt that the dress was sold on credit.

Agyei however assaulted her after which he used the hot iron to burn her face, shoulders, breast, back and legs.”

She said Agyei was arrested on April 27, 2021, to assist the police to investigate the matter.

“We are currently holding him in our custody and would put him before court tomorrow morning for prosecution,” DSP Fosu Asamoah said. 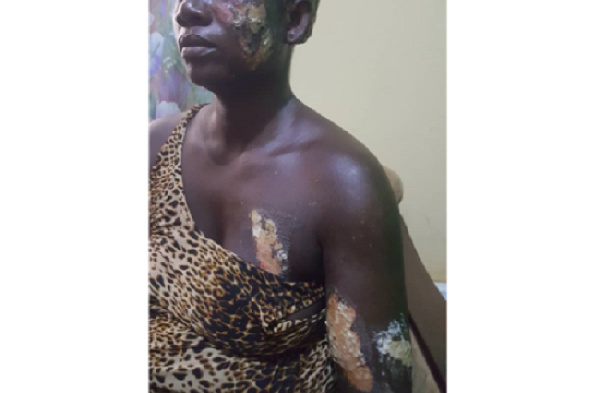 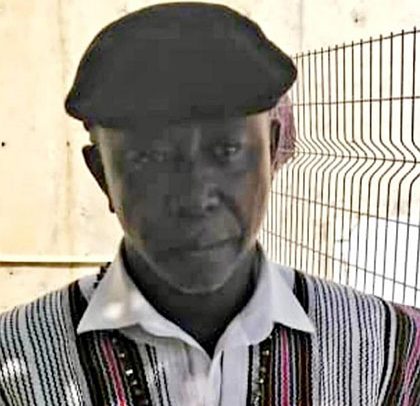