An armed robber who together with four others robbed travelers on the Kpando-Nkonya highway has been arrested by the Police less than 24 hours after the robbery incident.

37-year-old Amadu Ibrahim was arrested at about 12:00noon last Friday, April 24, 2020 when he was trying to escape the jurisdiction with his share of the booty, including a cash amount of GH? 7,386.10, one iPhone 7 and one Infinix phone.

They succeeded in making away with the belongings of their victims; including a cash amounting to Ghc 21,250.00, assorted mobile phones and one Macbook laptop computer.

The Kpando Division received a distress call at about 01:50am and acted on it immediately, but the robbers fled the scene before their arrival.

An official complaint was lodged later that day by the victims and investigation commenced into the incident whilst patrol within the area was intensified in pursuit of the robbers.

At about 12:00 noon same day, one of the suspected robbers, Amadu Ibrahim was arrested at the Have Police Barrier when he was trying to escape form the jurisdiction with his share of the booty.

Investigations suggest that the mobile phones retrieved from suspect Ibrahim were properties of two of the victims.

The Police PRO said the suspect is assisting Police investigation so his accomplices can be apprehended.

Meanwhile he will be duly arraigned before court.

He welcomed prompt information from the public on all security issues in their communities and urged all and sundry to comply with the law on Imposition of Restrictions and observe all safety protocols targeted at subduing the Covid-19 pandemic. 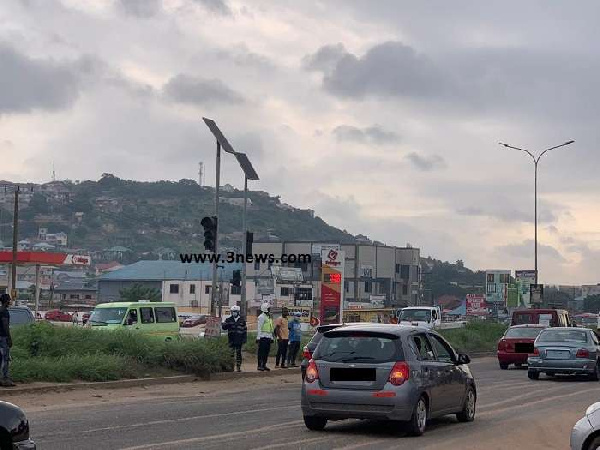