The New Patriotic Party Communications Director, Richard Ahiagbah, has downplayed the growing discontent with the Akufo-Addo government, which has been reflected in polls and recent protests.

Speaking on The Point of View, Mr. Ahiagbah maintained that Ghana’s economic crisis has external causes because “the whole world is not going in the right direction.”

A recent poll by Global Info Analytics has indicated that 77 percent of Ghanaians believe the country is heading in the wrong direction.

This comes amid crippling inflation and fuel prices that have left many Ghanaians frustrated.

But Mr. Ahiagbah remarked that “I think polling in this environment is biased, to begin with, because people’s emotions are in a certain place, so you are going to get a predictable outcome.”

“What is really of consequence is the effort and the commitment of the government that is in power who for some reason is caught up in this global economic downturn,” he added.

But responding to Mr. Ahiagbah on the show, the organiser of the recent ‘Ku Me Preko’ protest, Martin Kpebu slammed the NPP communicator’s remarks.

Mr. Kpebu told him: “don’t ever say that in public again because the more you say people are being emotional, the more people will come at you.”

“Our savings, your money in the bank or under your bed, over 60 percent of its value is gone, and you say people are being emotional?” 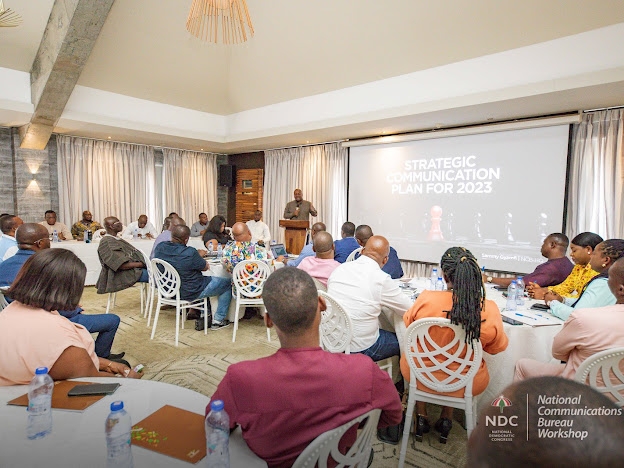