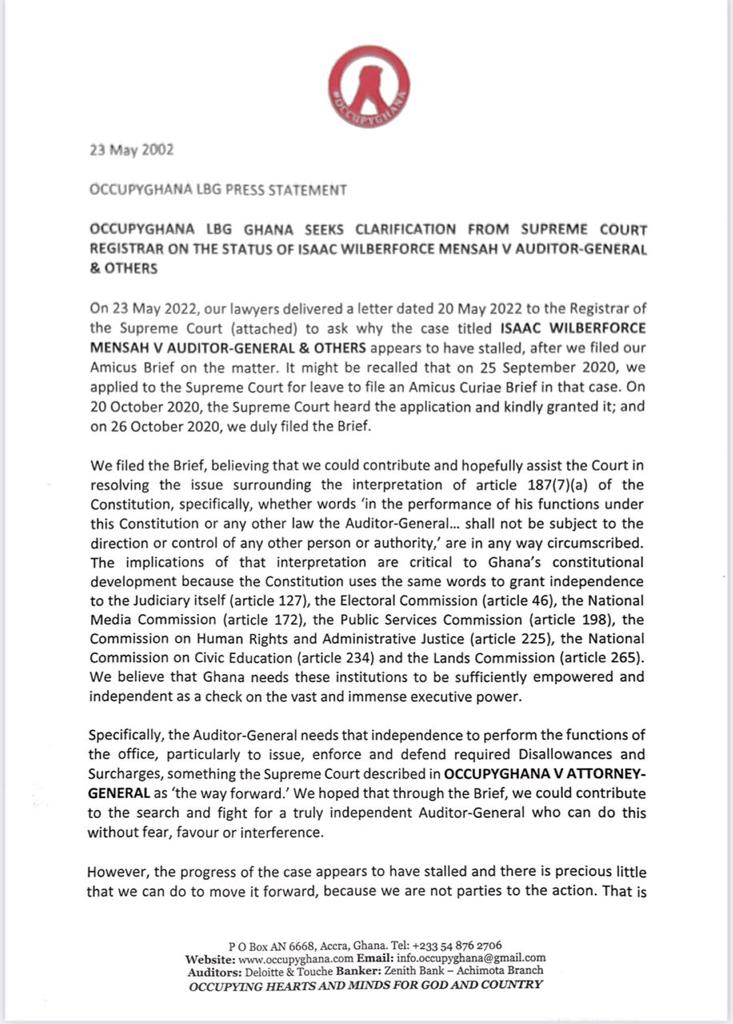 Occupy Ghana’s demand comes in the wake of public angst over a document alleging that the late former Chief Executive Officer of the Forestry Commission, Kwadwo Owusu Afriyie, popularly called Sir John, included portions of the Achimota forest lands in his will.

The group called for a public inquiry into the return of government lands to former owners of the forest reserve under the fourth republic and the declassification of parts of the reserve.

“The purpose of the inquiries would be to reserve any illegal acts perpetrated and improper gains made, by government officials under the guise of returning lands,” it explained.

E.I. 144 is in relation to 361 acres of Achimota forest that the government is returning to its custodial owners, the Owoo family.

The government has also said there is an accompanying E.I., 154, which says the area of the forest returned shall remain a forest reserve

Occupy Ghana made reference to a letter addressed to the Minister for Lands and Natural Resources, Mr. Samuel Abu Jinapor dated May 18, 2022, in which it expressed, “vehement disagreement with the alleged plans to return substantial portions of the Achimota Forest Reserve to its former owners.”

It said it has realised that “the state of affairs is worse and much wider than is apparent.”

“We are also concerned that there might have been serious instances of conflict of interest and conflict of duty involving government officials and other government actors, concerning those lands” it added.