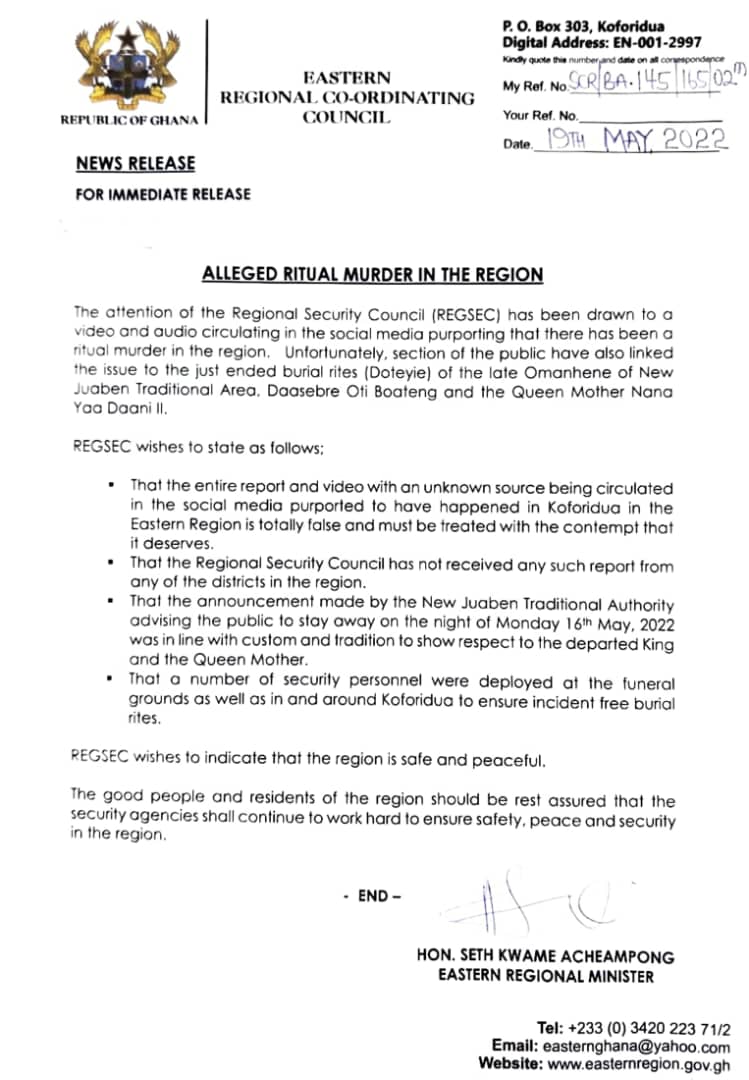 The Eastern Regional Security Council (REGSEC) has denied reports of a ritual killing in Koforidua following the final funeral rites of the late Paramount Chief of the New Juaben Traditional Area, Daasebre Oti Boateng and his queen-mother, Nana Yaa Daani.

A widely circulated video on social media showed the gruesome murder of two people, which was linked to the preparation of the final funeral rites of the chief and the queen mother.

Eastern Regional Minister, Seth Kwame Acheampong, responding to the issue, said the claim is mischievous and should be disregarded.

“The prank news sellers who will always cause fear and panic took advantage of those traditional rites to cause mischief by circulating those videos on social media which had no bearing on any locality in New Juaben, especially Koforidua.”

“This got us infuriated and most of our residents angry. REGSEC had to go through various stages and after a careful evaluation, we are assuring the town folks that there was nothing like that. Whatever happened was mere mischief which should not be entertained”, he said.

Meanwhile, the Police say, they are dealing with the content of the said video in circulation.

In a separate statement, the police said: “That the entire report and video with an unknown source being circulated in the social media purported to have happened in Koforidua in the Eastern Region is totally false and must be treated with the contempt that it deserves.” 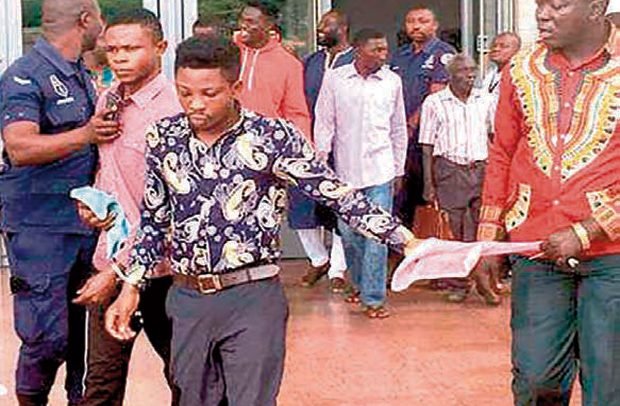 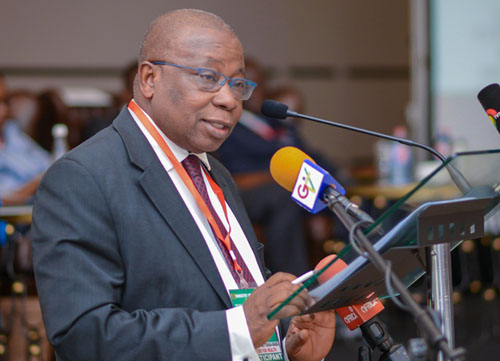