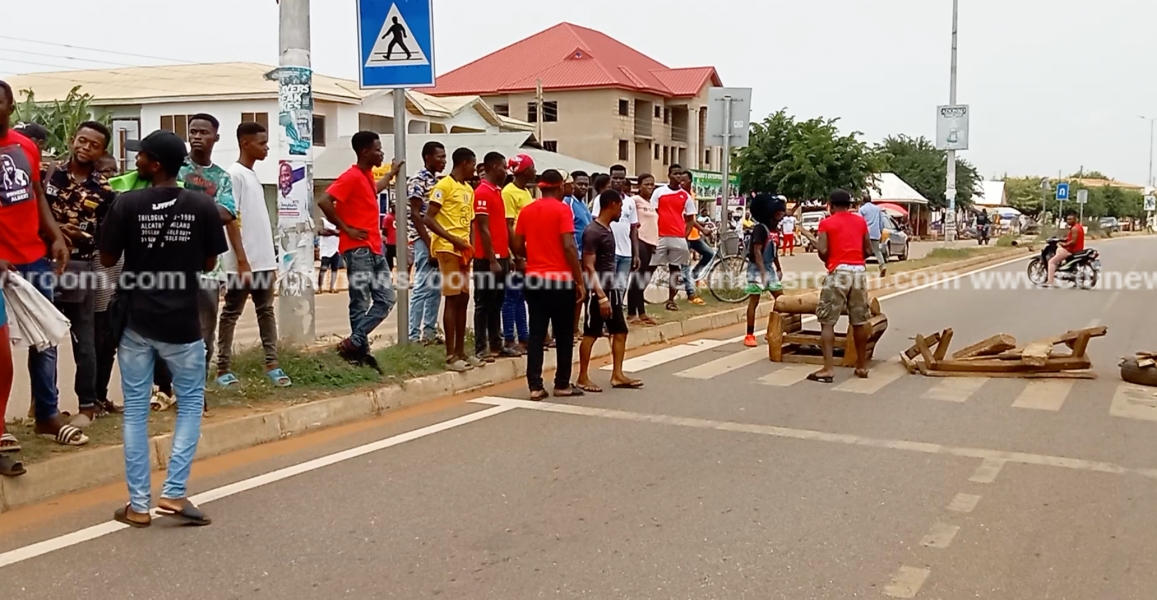 The youth of Nkoranza in the Bono East Region have clashed with the police in the community over the death of an alleged robbery suspect, Albert Donkor.

The rampaging youth gathered as a result of the press statement released by the Ghana Police Service today, Tuesday, concerning the death of the suspect, also a 27-year-old businessman

The youth burnt car tyres on the streets of Nkoransa to register their displeasure, as the police later fired several warning shots to disperse them.

But the Bono East Regional Minister, Kwasi Adu Gyan is calling on the youth to remain calm.

The Police Professional Standards Bureau says it has begun investigations into the mysterious death of the trader.

The Ghana Police Service indicated in a statement that the Inspector General Police (IGP) has spoken to the family of the deceased on the phone and “has constituted a high-powered delegation led by COP Christian Tetteh Yohuno, the Director-General/Administration to visit Nkoranza tomorrow [Wednesday] for further engagement with all stakeholders.”

It thus entreated the public to refrain from making statements that could prejudice the outcome of the investigation. 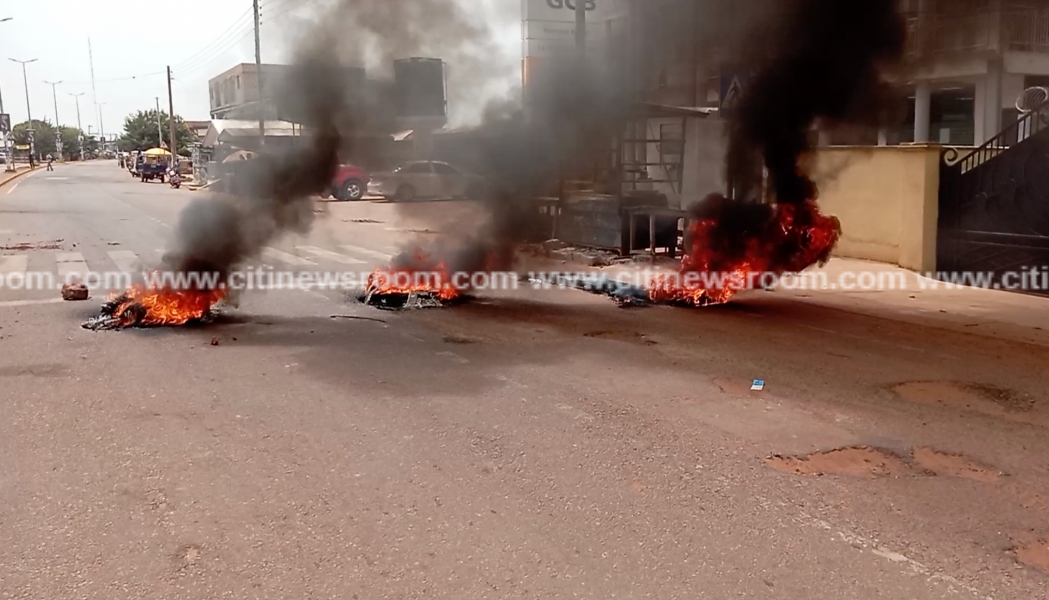 Residents of Nkoranza are outraged by the death of Albert Donkor, who was picked up by the police, following a robbery incident on the Nkoranza-Kintampo road.

They believe Albert may have been targeted after chancing on a robbery scene involving some police officers.

The Police gave their own version of events leading to Albert’s death.

“Based on this intelligence, an operation was conducted during which suspect Albert Donkor was shot. He was rushed to the Holy Family Hospital for medical attention, but he was pronounced dead on arrival,” portions of the statement said.

It said Albert’s arrest was part of a holistic strategy since August 2021 to nip armed robbery in the bud. 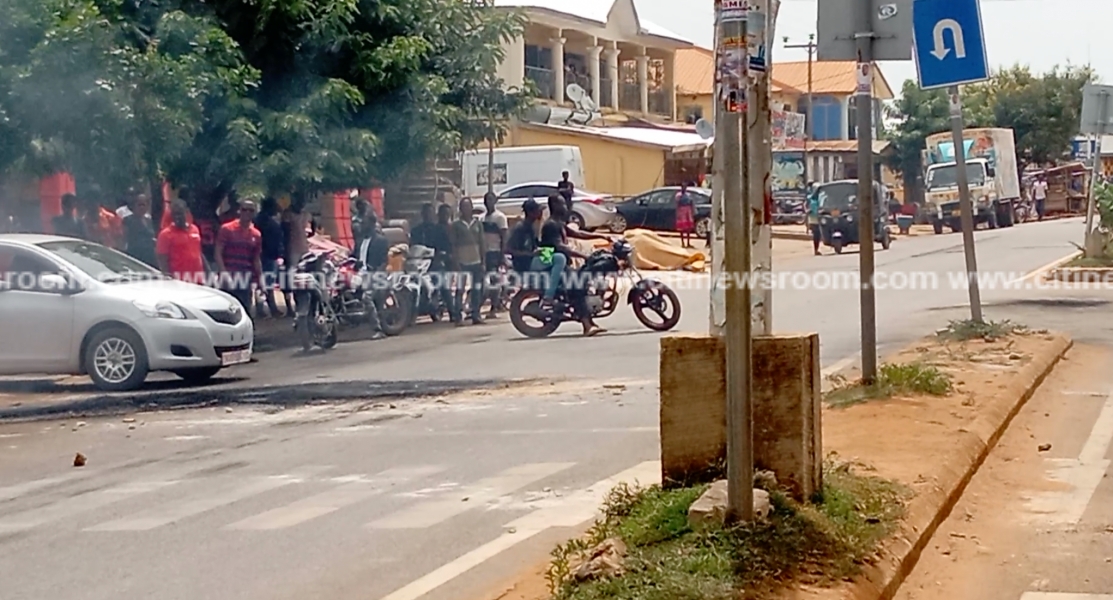 “These special anti-robbery task forces have conducted a series of intelligence-led operations which have contributed immensely to the reduction of armed robbery incidents in the affected areas. The investigation will establish whether the operation was carried out in line with the standard operating procedures of the Service.”

Meanwhile, Albert’s family has filed a case at the Accra High Court seeking justice for their relative.

They are hopeful that the court’s intervention will allow for thorough investigations into his death. 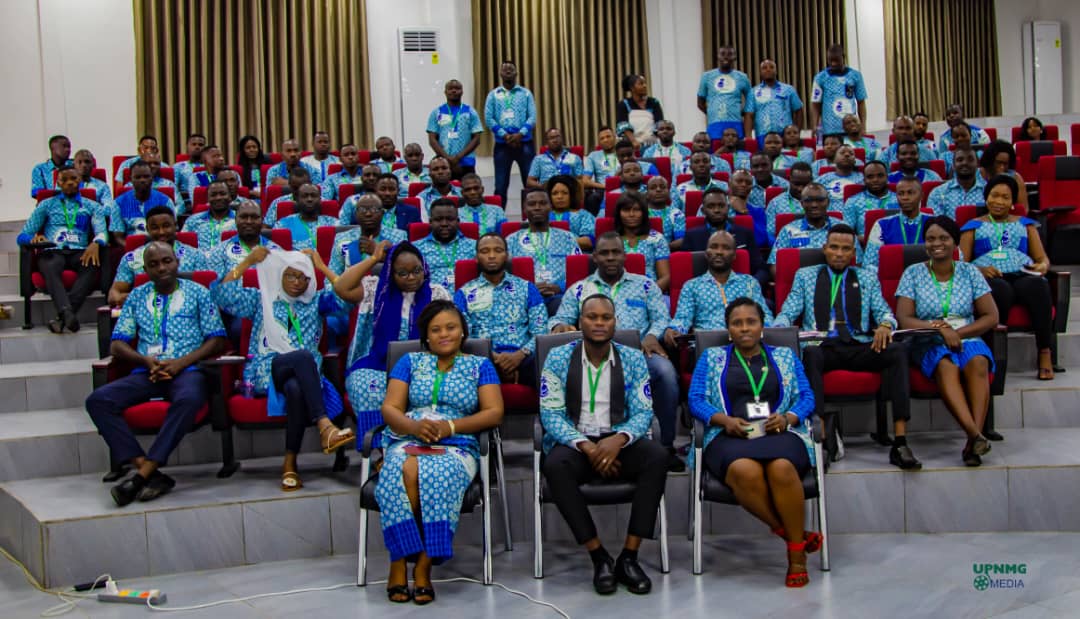 UPNMG worried over migration of Ghanaian nurses, midwives to UK