The Majority caucus in Parliament has urged the University Teachers Association of Ghana (UTAG) to consider the plight of students and return to work.

The High Court on Tuesday ordered UTAG to temporarily suspend its strike while negotiations into their demands go on.

But the Association said it was awaiting the advice of its lawyers on the court ruling and has since not suspended the action.

The Education Committee of Parliament will later today, Thursday, February 17, 2022, engage the University Teachers Association of Ghana (UTAG) and the National Labour Commission over the protracted industrial action by the university lecturers.

It is yet to call off the strike despite the order from the court.

Deputy Majority Leader in Parliament, Alexander Afenyo-Markin said though it was their right to demand their due, UTAG should go back to work.

“UTAG has every legitimate right to demand what is theirs. At the same time, we are pleading with them to balance that demand with the plight of our students so that the academic calendar is not duly affected. The Majority caucus is accordingly humbly pleading with UTAG to return to the classrooms at same time urging government to exercise good faith, cooperate and ensure that it meets on consensus with the demand of UTAG so that this matter is dealt with once and for all.”

UTAG has been on strike demanding improved working conditions. but not even assurances by the government and court orders secured by the National Labour Commission will not compel the striking lectures to back down.

Gov’t to blame for prolonged action

Deputy Ranking Member on the Education Committee in Parliament, Dr. Clement Apaak, had earlier backed the insistence of UTAG not to return to the lecture halls until their demands are met.

He says the decision of the union not to call off its six-week-old industrial action is borne out of bad faith exhibited by the government in the past over similar concerns about conditions of service in previous years.

Speaking on Face to Face on Citi TV, Dr. Apaak, also the Member of Parliament for Builsa South, blamed the government for the prolonged impasse which continues to have a negative impact on students in tertiary institutions nationwide.

“The truth is that UTAG has no faith in the current arrangement and the persons they are dealing with. They do not believe that if they call off the strike, their demands will be met. Based on history, they are worried. UTAG members would like to be in the classroom teaching but they see this as the final push.”

“For UTAG, it’s do or die. If they are going to succeed in getting what they want and the state can do whatever they want; and they have said that if the government want to sack all of them, they are willing to be sacked and let’s see if the Ministers can go to the lecture halls and teach”, he said. 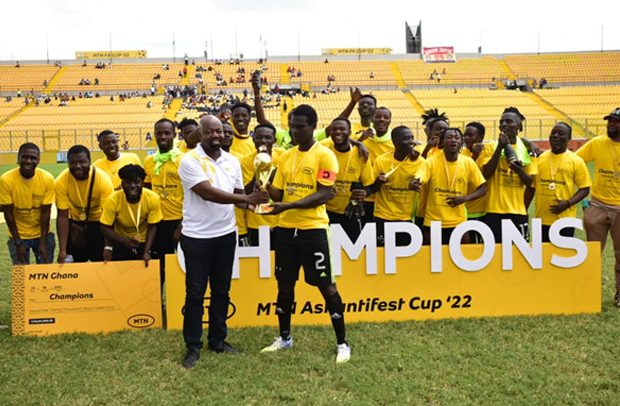