A one-time Member of Parliament and the General Secretary of the opposition National Democratic Congress, NDC, Johnson Asiedu Nketiah, says he is personally opposed to the demands by some Members of Parliament for the car loan arrangement facilitated for them by the government to be scrapped and replaced with state-funded vehicles.

He says it will be more expensive and a burden to the taxpayer if the State fully pays for official vehicles for the legislators.

“In my personal view, and based on my experience, I don’t support that motion at all. It ends up being more expensive to the State than the loans,” Mr. Asiedu Nketiah, said on Eyewitness News on Wednesday.

He said series of analysis done by previous parliaments on the viability of the State purchasing cars for all legislators have revealed that it will be an extremely expensive venture as compared to the alternative of providing MPs car loans.

“These options were investigated [in previous parliaments] and when the numbers were rounded up at the time, the option of giving car loans was better than and the option of the State providing the same vehicle, a driver, bearing the maintenance and running cost, fuel and other things. The cheaper option was for the MPs to be given a loan which will be deducted from their salaries,” he indicated.

The Member of Parliament for North Tongu Constituency, Samuel Okudzeto Ablakwa and his counterpart for Okaikwei Central, Patrick Boamah have co-sponsored a private member’s motion to be debated on the floor of parliament seeking the cancellation of the government’s plan to provide MPs loans to purchase vehicles.

Out of the 28 million dollar loan for the MPs, each of them is expected to receive 100,000 dollars for the purchase of a car. Government will bear 60 percent of the loan with the accrued interest, whiles the MPs pay for 90 percent. The same arrangement goes for the Council of state members.

The two MPs say it is unfair for other Article 71 office holders to be given officials cars by the State while they are given loans.

They want the loan agreement to be scrapped and their cars provided on account of the Consolidated Fund.

But according to Asiedu Nketiah, the legislators must be candid about their demands and make the public aware that their demands will actually cost them [the public] more.

“If they are saying that they are being cheated, they should tell the public…. Tell them that the impact on the taxpayer will be higher than what you are seeing now. They [MPs] should be forthright,” he added.

Meanwhile, Parliament is expected to debate the motion by the two legislators.

But even before that, the Finance Committee of Parliament has in its report to parliament on the 28 million dollar loan, called for suspension of the car loan arrangement after this current one goes through for the MPs and Members of the Council of State. 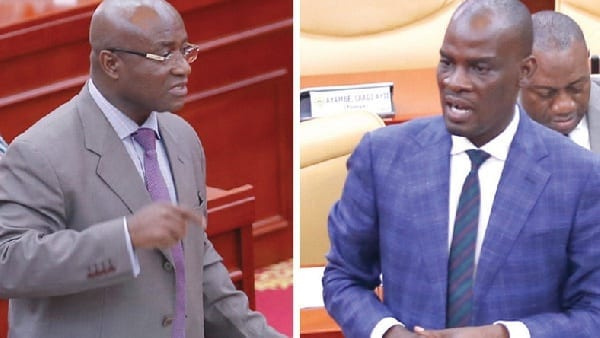