The Nzema East Municipal Assembly estimates that 132 of the dolphins that were washed ashore on Easter Sunday are in the hands of residents.

After the dolphins washed up on Brawire Akyenim coast, “residents who were around at the time they appeared started to attack, kill and sent some home for domestic and commercial purposes.”

The assembly in a statement indicated that some 200 dolphins were washed ashore, and it was able to retrieve 68.

“Out of these, 30 were alive and 38 were dead. The team released the live dolphins back to the ocean and buried the dead ones at the Assembly’s refuse disposal site. The remaining 132 washed-ashore fishes are in the hands of the residents.”

The assembly says it is currently working with security agencies, the Environmental Health Officer and Chief Fishermen “to retrieve the remaining fishes sent home by some individuals for domestic and commercial purposes.”

The assembly has also urged the public to volunteer information of all suspected cases of possession or sale of the sea mammals in question to the authorities and other relevant institutions.

“Those who by mistake have already consumed some of the fish are therefore entreated to avail themselves for medical screening and treatment to deal with any adverse medical conditions that may arise,” the assembly added.

The state has tried to discourage the sale and consumption of the dead fish and though it has started the monitoring of markets, some fishmongers have been seen processing the fish in Axim.

Though there are concerns that the dolphins may have been unsafe for human consumption, the Fisheries Commission’s preliminary investigations into the dead fish washed ashore on parts of Ghana’s coast indicate that stress factors caused their deaths.

A shoal of smaller fish were also found along the shores of the Osu Castle beach in Accra over the weekend. 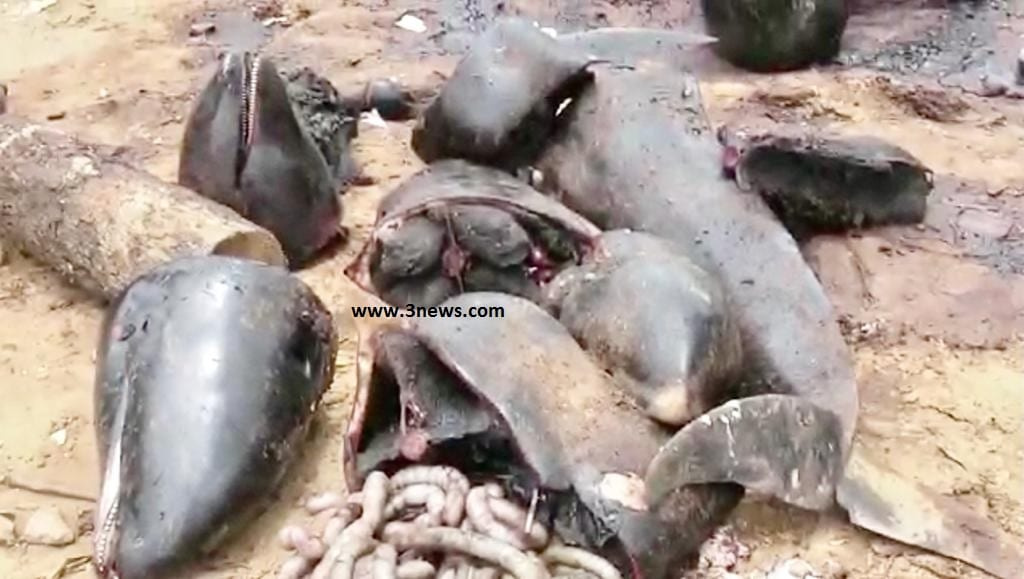 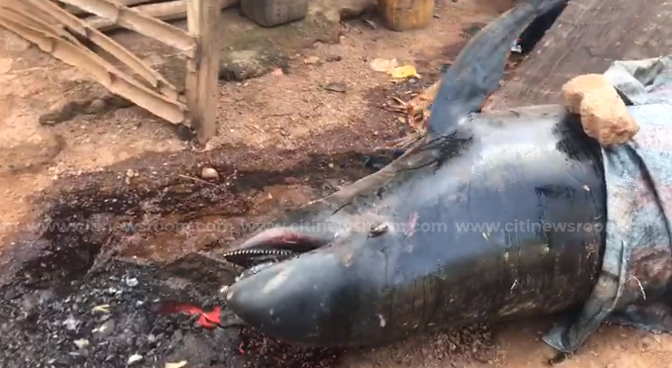 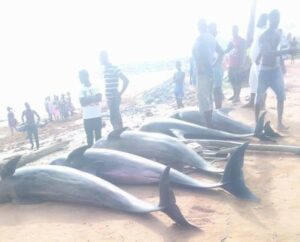