LGBTQ+ activists given week to leave office after refund by landlord

LGBTQ+ activists given week to leave office after refund by landlord

The operators of the LGBTQ Rights Ghana office have been given a week to pack out of the apartment they were using as a safe space to support LGBTQ people.

This was after the landlord, Dr. Asenso Gyambibi, reached an agreement with the estate agent to refund the remaining ten months of rent collected for the five-bedroom apartment.

Citi News sources reveal that the landlord has issued a cheque to that effect in the name of the tenant, after an engagement between the estate agent, his lawyers and the Kwabenya District Police Command.

A team of Police, National Security Officials, Kwabenya Traditional Council and the owner of the apartment locked up the facility on Wednesday, February 24, 2021.

Dr. Asenso Gyambibi claimed that the tenant had breached the tenancy agreement by using the facility for LGBTQ activities.

Some prominent political figures and religious groups had demanded the closure of the centre.

The opening of the centre also heightened public backlash and sparked public debate about the rights of LGBTQ persons.

The centre had received endorsements from some diplomats at a fundraising event to mark the opening of the facility.

The event was said to have been attended by the Danish ambassador, the Australian High Commissioner to and European Union representatives.

The post LGBTQ activists given week to leave office after refund by landlord appeared first on Citinewsroom - Comprehensive News in Ghana.

Suez canal: Ever Given container ship moving after being stuck for a week

AG Gives IGP One Week To Report On Spousal Murders 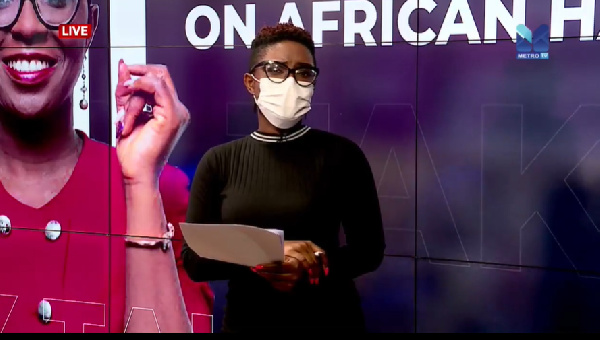 Dreadlocks: I was asked to leave the office for looking unprofessional, unkempt – Former JoyFM reporter

Dreadlocks: I was asked to leave the office for looking unprofessional, unkempt – Journalist shares experience

Dreadlocks: I was asked to leave the office for looking unprofessional, unkempt – Former JoyFM journalist

NIA to open regional and district offices by June 2021