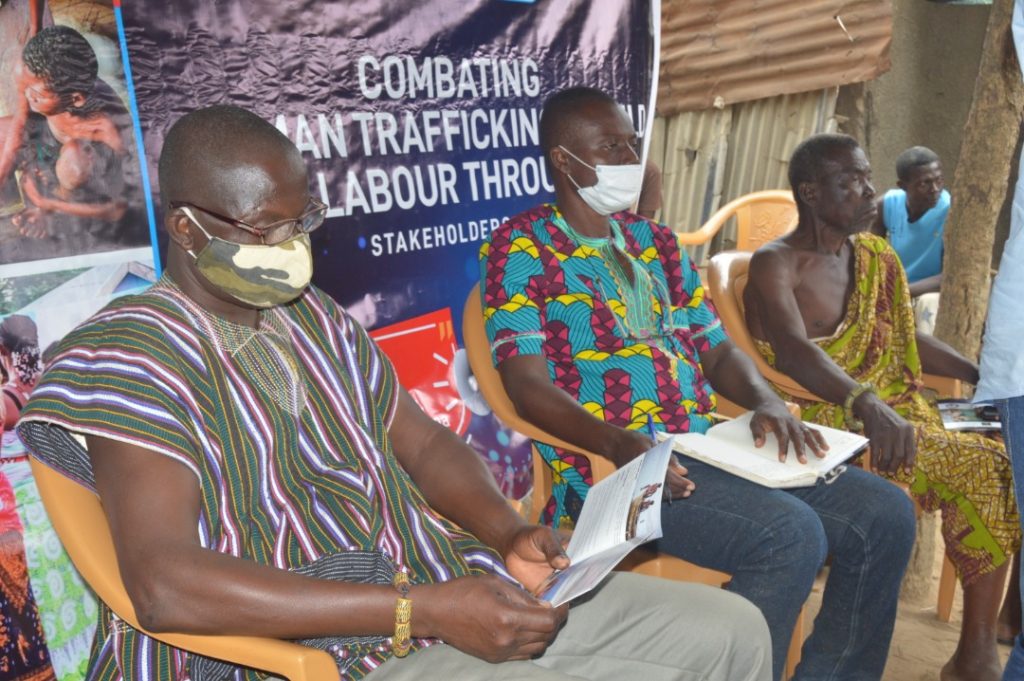 Engage Now Africa (ENA)- a non-governmental organization aimed at healing, rescuing and lifting up individuals in Africa, held a dialogue with the Stakeholders in Tefle-Fodzoku, a community in the South Tongu District of the Volta Region, on issues related to modern slavery and how best to address them.

The event was held over the weekend.

The dialogue formed part of the World Day Against Trafficking in Persons (Blue Day) celebrated worldwide on the 30th of July, 2020 under the theme; “Stakeholders act now to end human trafficking amidst COVID-19 in Ghana”.

It was focused on receiving first-hand information from elders of a shrine called “K?ti” in Tefle-Fodzoku, to know their practices and how best ENA could support and help eradicate from amongst their customs, some bad practices such as trokosi system, child labour, child trafficking and other modern slavery-related issues.

Speaking to CoverGhanagh.com, Mr. Afasi Komla, The Director of Projects and Operation- Engage Now Africa (ENA), said ENA is a community-based entity which is against modern slavery practices such as trokosi and the rest, adding that they came to meet with the elders of the K?ti Shrine at Tefle-Fodzoku on how best to find solution to the Trokosi system and other related modern slavery practices. 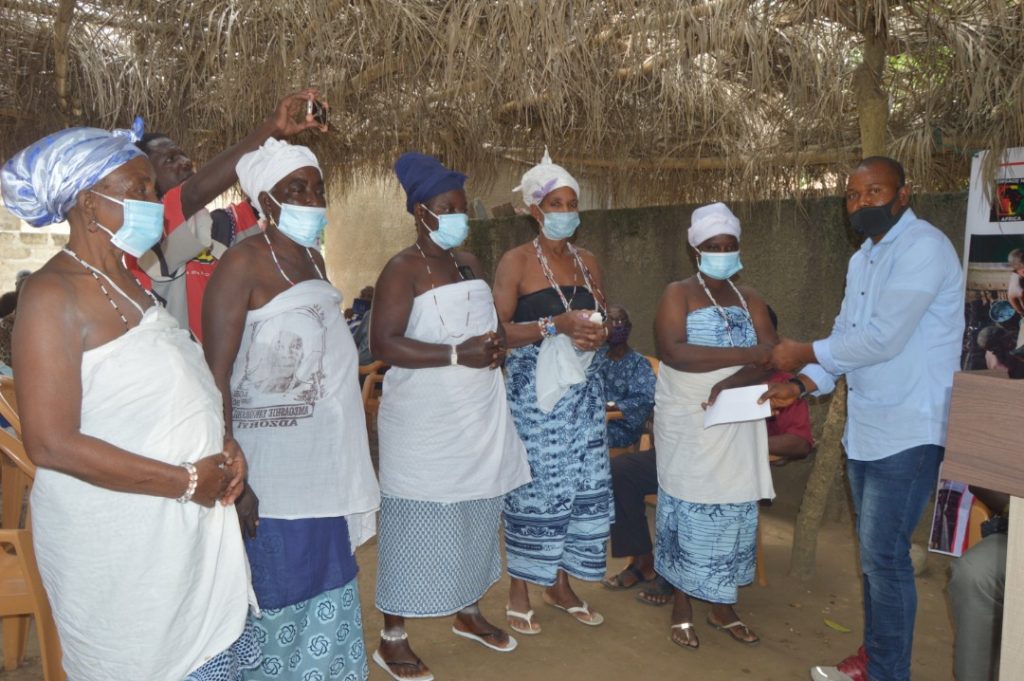 He again mentioned that despite the official ban of such age-old practices by the government of Ghana, authorities prefer to end them by persuasion rather than compulsion; a reason for which they, at ENA, are touring the various shrines and holding dialogue sessions with the elders on their challenges and how best to find a lasting solution to the menaces.

Mr. Afasi noted the readiness of ENA in giving the necessary support to the community, adding that children and women are the most vulnerable when it comes to modern slavery. This, according to him, is why, for them at ENA, partnering with this category of persons would be of a major concern in finding redress. 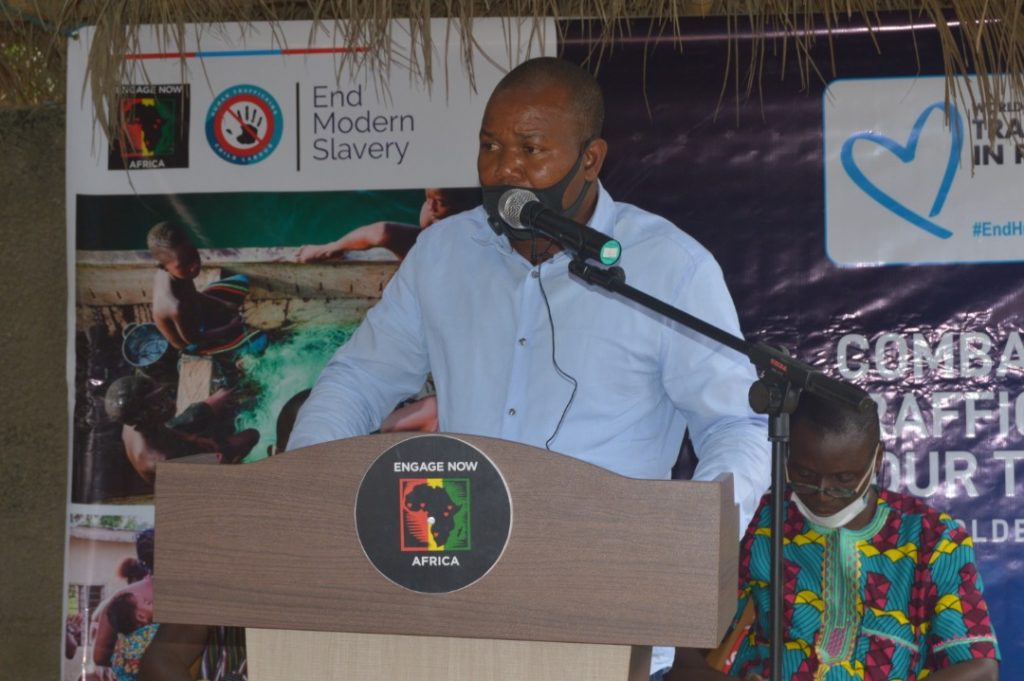 Mr. Afasi also revealed that, during the course of their meeting with the elders of the shrine, they had agreed that there should be an engagement with the entire Tefle community to sensitize them on the need to end modern slavery in their communities. Right after, according to him, a stakeholders forum was held to educate community members on the need to stop these modern slavery practices. ENA also assured the Tefle community of empowering their women (Trokosi women) to enhance their small scale businesses being undertaken.

He urged everyone not to take advantage of novel Covid-19 to exploit the vulnerable ones (i.e, Children and women) in our communities. “We have to protect everyone against the scars of human trafficking in our country. Collectively and Proactively we can stop this, he added.”

Speaking on the importance of support for women affected by these acts, Mr. Heitey Yankson, the Case and Programs Manager of Engage Now Africa (ENA), had the following to say:

“We have realized that Trokosi women need a lot of support so we will see how best we can give a helping hand to them. Some communities in Ghana, however, are still holding on to these modern slavery practices, and that’s what has forced ENA into embarking on a fact-finding mission to ascertain the challenges surrounding such practices in the country.”

Mr. Emmanuel Adjei, the Fetish Priest in charge of the K?ti Shrine disclosed that “K?ti” is an idol inherited from his forefathers and was brought from Egypt in 1670 (17th Century) at the time there was no Christianity. The people of Tefle and its surrounding areas came to worship the god of K?ti, who is “Mawuga Osogbolisa”-The God of the universe.

Any child growing up was supposed to follow the rules and regulations governing the god of K?ti because in those days, according to him, there was nothing like Christianity.

This is what the priest has to say about the dangers involved in worshipping K?ti.

“This god does not accept killing, stealing and lies, and the moment you are born into the family, it is a must that you obey such instructions. Should you, however, go contrary to any of these instructions, the consequences thereof are very dangerous for an individual to bear.”

The interesting aspect of worshipping K?ti, he said, is that, whatever you need and come to him for help, you shall have it, adding that people from near and far come for prayers.

Touching on the practices of the Trokosi system, he said, initially, they used to receive human beings as sacrifices to the gods whenever someone did something wrong but they are no longer doing it. According to him, they only accept a cow for sacrifices in place of a human.

Benjamin Amekudzi, The Assembly Member of Tefle Electoral Area said he believes ENA’s coming to the community has given them a lot of enlightenment because a lot of such practices are still going on in the society, despite the abolishment of it by the Government of Ghana in 1998. He commended NGOs, such as ENA, championing such causes adding that they make the society a better place for them to live in. Mr. Amekudzi pledged his collaboration with ENA to fight against such practices.

ENA gave an amount of money to 6 Trokosi women to support their economic activities.

Receiving the cash, Madam Tordzro Lanyo, one of the Trokosi women, thanked ENA for their kind gesture.

“I’m very happy for the support. I have been serving this shrine for the past 60years and no one has ever helped me like this before. All society could do is look down on us and see us to be evil people, meanwhile, my staying in the shrine for years is because of an offence my great-great-grandmother had committed, which I know nothing of, but I’m paying for her crime. Thanks to ENA”, she added.

Trokosi is a cultural practice among the Ewe tribe in Ghana, Togo and Benin. The practice requires a young virgin girl to be offered to fetish priests in atonement for the crimes committed by a relative, and this form of slavery requires a girl to serve the shrine. 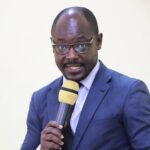 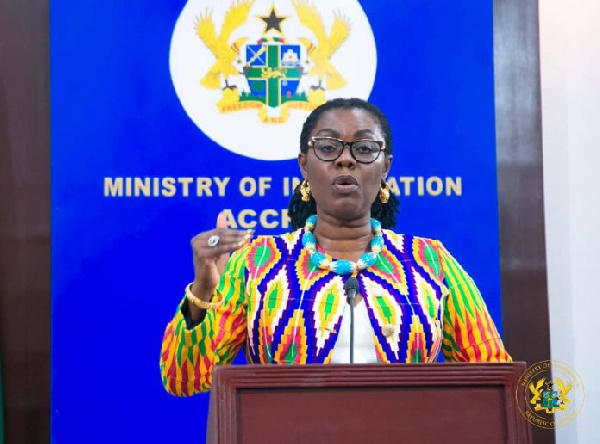 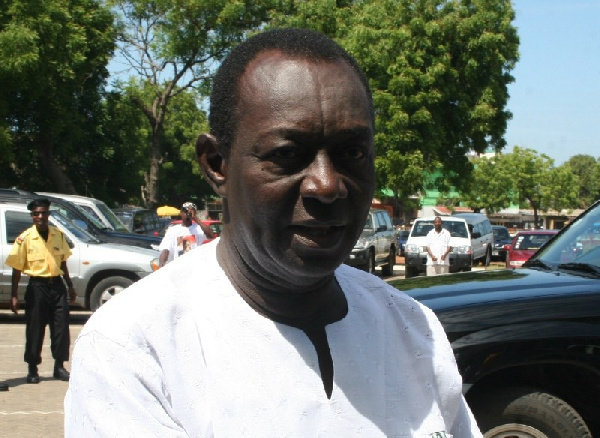 Nurses, Midwives strike: Dialogue is the way to go!