The Minority in Parliament has served notice it will challenge the Pre-Tertiary Bill in the Supreme Court.

The provision in the Bill prompting this action has to do with the redefining of Basic Education to include Secondary Level Education.

The Minority in a statement contended that this is “a violation of Article 25 of the 1992 Constitution of the Republic of Ghana.”

“The public is informed that the Minority is strongly opposed to this provision in the Bill and will seek Supreme Court interpretation of Article 25,” the statement added.

In what it described as “a contradictory policy initiative”, the Minority also raised concern with the fact that the staff and teachers at that secondary level will belong to the Education Service and be managed by the Regional Directorate of Education despite being categorised under basic education.

Per the Bill, the proposed structure of the management of education will see Senior High Schools run by the Regional Coordinating Councils whiles basic schools will be run by the Metropolitan, Municipal and District Assemblies.

They said they will resist the new Pre-Tertiary Bill because of the lack of consultation and other reasons.

According to the teachers, the Bill only seeks to give more appointing powers to the political class to the detriment of quality education and the welfare of teachers.

But the Ministry of Education has assured that it has no intention of introducing partisan politics into the country’s educational sector with the introduction of the new Bill.

MINORITY POSITION ON THE PRE-TERTIARY BILL, 2019.

The Hon Minister of Education, Hon Dr Matthew Opoku Prempeh on the 2nd of May 2019 laid the Pre-Tertiary Bill, 2019 and was referred to the Select Committee on Education by the Rt Hon Speaker for consideration and report to the House.

According to the Hon Minister in a memorandum accompanying the Bill, “the object of the Bill, is to provide for a decentralized pre-tertiary education system and an educational system to provide individuals with the requisite knowledge, skills and values to become functional and productive citizens for national development, to establish a Technical and Vocational Education and Training Service and to provide for related matters.”

On the 3rd of April, 2020, the Hon Minister moved the motion for the Second Reading of the Bill to pave way for its consideration and passage into law. The motion was seconded by the Chairman of the Select Committee on Education who presented the committee’s report. The Ranking Member on the committee in his contribution requested the Speaker to suspend consideration of the Bill for a number of reasons which view the Minority shared.
However, the proposal by the Minority was defeated in a voice vote paving the motion to be adopted and subsequent consideration to follow. The minority is, therefore, for the following reasons still call on the Speaker to suspend consideration of the Bill.

The first objection raised by the Minority has to do with the constitutionality of the Bill. The proposal of the Government to redefine Basic Education to include Secondary Level Education is a violation of Article 25 of the 1992 Constitution of the Republic of Ghana which states:
(1a) basic education  shall be free, compulsory and available to all,
(1b) secondary education in its different forms, including technical and vocational education, shall be made generally available and accessible to all by every appropriate means, and in particular, by the progressive introduction of free education.

It is clear that the provisions of the Constitution can be amended by an inferior law or statute. So, Clause One of the Bill seeks to redefine Basic Education as follows:
(a) two years of Kindergarten
(b) six years of Primary School
(c) three years of Junior High School, and
(d) three years of:

(i) Senior High School
(ii) Technical and Vocational Secondary Education and Training is an affront to the Constitution.

The public is informed that the Minority is strongly opposed to this provision in the Bill and will seek Supreme Court interpretation of Article 25.

The second problem Minority has with the Bill deals with the membership of the Education Service as stated in Clause Six. By extension, all teachers in the country currently teaching at the basic level and staff of the various district offices of the Ghana Education Service will automatically become staff of the Local Government Service. The District Assemblies are to take over the human resource management and development as well as the establishment and maintenance of all basic schools.

But the irony is that, while secondary level education is to be made part of the basic level education; the staff and teachers at that level ( secondary) will belong to the Education Service and be managed by the Regional Directorate of Education. The Minority sees this as a contradictory policy initiative. It is also to be noted that there will be three categories of teachers in the country when the Bill is passed into law and each belonging to a different management structure. The first is, all teachers from Kindergarten to Junior High School will be staff of the Local Government Service, the second group being teachers in secondary schools belonging to the Education Service and the third being teachers in technical and vocational institutions coming under the proposed Technical and Vocational Education and Training Service with its own Director-General and offices. These parallel structures are to manage the pre-tertiary education system in the country when the Bill becomes law.

The third area of objection by the Minority has to do with the Report of the Committee that was adopted by the House. Paragraph 6.7 of the Report sought to introduce a transitional provision which was not in the Memorandum accompanying the Bill. The committee was reported to be of the view that once consultation with the various groups and unions had not been concluded, the decentralization aspect of the Bill when passed into law should be suspended for two years.

The Minority is of the view that this recommendation of the Committee is contrary to the contents of the Memorandum and Clause 54 of the Bill on transitional provisions.

The Minority is of the strong conviction that once the Committee directed the unions and stakeholders such as the Ghana National Association of Teachers, National Association of Graduate Teachers, the Coalition of Concerned Teachers, the Teachers and Educational Workers Union, the Ghana National Council of Private Schools and the Ghana National Education Campaign Coalition on their concerns, the Bill cannot be passed without compromises reached. It will be bad faith on the side of Parliament to the Bill into law without carrying on board the concerns of the major players in the sector. This will be a stab in the teachers and educational workers who have over the years sacrificed their lives for the education of the Ghanaian child.

Finally, the Minority strongly believes that what is needed now is the strengthening of the fiscal capacity of the District Assemblies so that they can provide the necessary support to the already existing district offices of the Ghana Education Service for the efficient and effective delivery of services in our educational institutions at the basic level and redeem it from the sinking stage it has reached.

In conclusion, the Minority will support any bill that will promote education in the country.

However, the Pre-Tertiary Bill in its current form will not receive the support it deserves until the major stakeholders are satisfied with the contents and the necessary steps taken to amend Article 25. 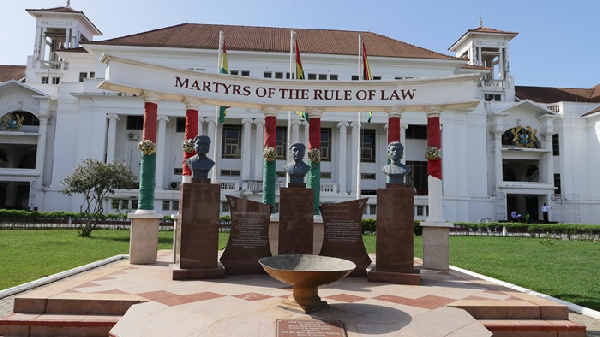