The Minority Spokesperson on Foreign Affairs, Samuel Okudzeto Ablakwa says their advocacy helped Ghana to save over $4.8 million when government wanted to secure a property to be used as the country’s Chancery in Oslo, Norway.

Ablakwa, who led the Minority to challenge the government’s plan in 2018 said their protest has “really protected the public purse” since the government eventually boycotted the idea and has now settled for a rented property in Oslo.

“The Minority has saved this country some $4.8 million. This [new Chancery deal] vindicates the position we held at the time, that the property had been inflated and we were not getting value for money… We have really protected the public purse,” he said in an interview on Eyewitness News.

Samuel Okudzeto Ablakwa had claimed that the cost of the 100-year-old 6-bedroom house in Oslo that was being considered to be used as Ghana’s chancery was inflated.

Ablakwa alleged that the property was bought by a certain woman for $2.9 million in 2014 and sold to an unknown buyer for $3.5 million in August 2017, and so it was surprising that the Ministry of Foreign Affairs in a presentation to the Foreign Affairs Committee of Parliament said it was purchasing the same building for $12.2 million in 2018.

The Ministry of Foreign Affairs initially justified the amount but later backtracked and said it was looking elsewhere for a new property.

The commissioning of the five-year lease rented facility was held on the sidelines of President Akufo-Addo’s official State visit to Norway.

The facility has a consular section, offices for the head of chancery, political and economic officer, reception, accounts, secretary, conference room and the ambassador’s office.

The Minister for Foreign Affairs and Regional Integration, Shirley Ayorkor Botchwey, stated that “it is a rented property; this is not the property Ghana wanted to buy.”

But Okudzeto Ablakwa indicated that but for the Minority’s vigilance, Ghana would’ve been buying the previous controversial facility for an unreasonable amount.

“The government has found another property [for the Chancery], which it has rented… For the ambassador’s residence, a permanent purchase has been made, it is a separate property for $5 million. At the time we were challenging the $12.2 million for the Chancery, they rebutted that properties were too expensive in Norway and that $12.2 million was an acceptable figure but due to the exposé and the clarity we brought, they did differently,” he said on Eyewitness News.

The North Tongu legislator further claimed that the property that government wanted to acquire for $12.2 million has been advertised for sale at a price of $7.4 million.

“The latest on the specific property which generated all the controversy is that, it has now been renovated and listed on the Norwegian real estate market and it will shock you to know that what we were going to buy for $12.2 million is now being sold for $7.4million,” the legislator claimed.

Speaker of Parliament rebukes Minority over handling of COVID-19 memo 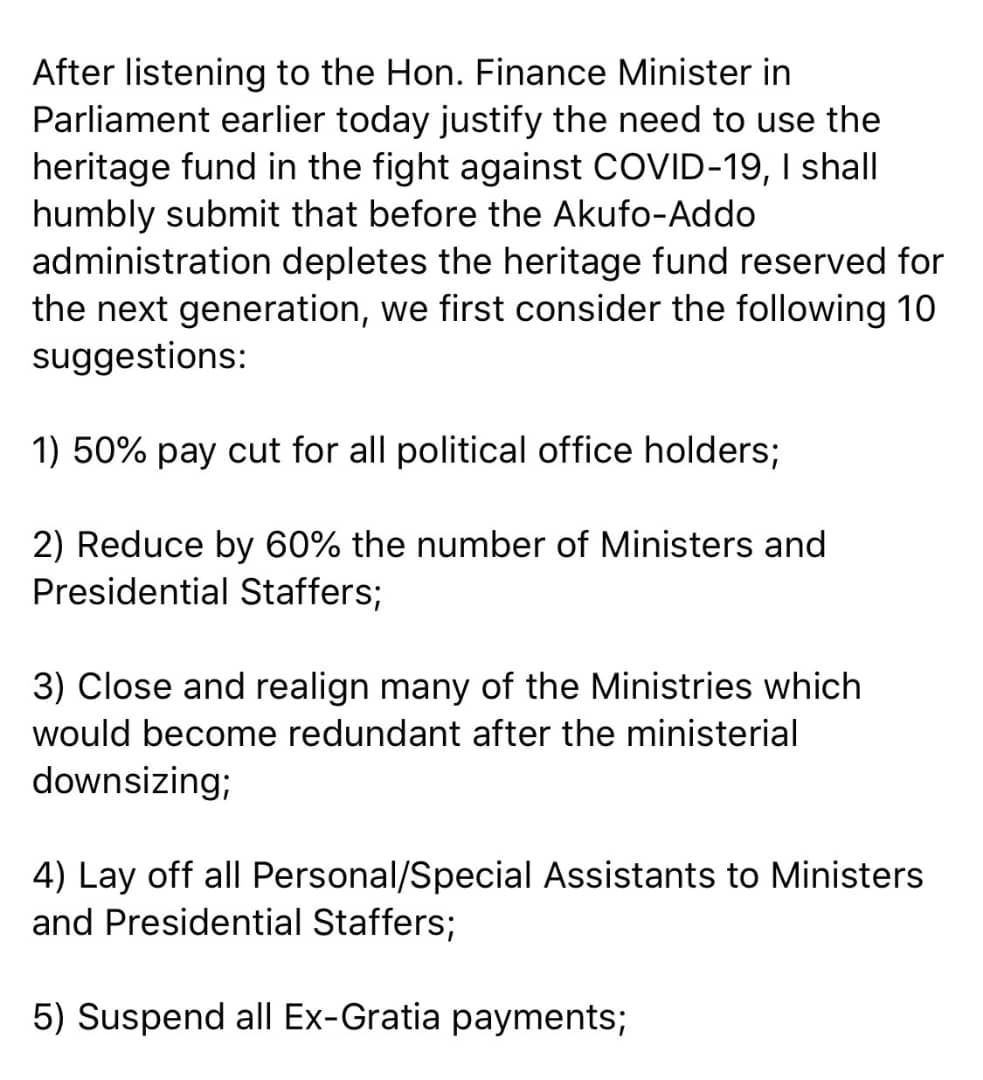