A fast worker has been fired after a video was posted online showing him taking a bath in the restaurant’s industrial size sink.

The clip was uploaded to TikTok, where it was viewed thousands of times, before being widely shared on other social media platforms.

It shows a man sitting in the sink with soapy water up to his shoulders at a branch of Wendy’s in America, while another person throws a cloth into the water and tells him to ‘wash himself’.

The man wipes his chest, before laughing and saying “it feels like a hot tub” and “I’m just enjoying life, boss” as a metal food tray is also slid into the water.

The employee can be seen shirtless and his bare knees are visible above the water, but it’s unclear if he is completely naked.

The 23-second video was shared on Facebook with the caption: “So yeah I’m just gonna tell everyone right now DON’T GO TO THE GREENVILLE WENDYS. THIS IS DISGUSTING PLEASEEEEEE SHARE THIS.”

On Twitter, one asked the chain: “So we just gonna let employees bathe in the sink?!”

Another wrote: “Mmmmm……kinda not what anyone wants to see huh Wendy?”

Christian Camp, a spokesperson for Team Schostak which owns the Wendy’s, said all employees featured in the video were fired immediately after they became aware of the clip, as reported by Newsweek.

He also said the restaurant had been ‘completely sanitised’ and steps were taken to ensure that ‘something like this never happens again’.

He added: “This egregious behaviour is completely unacceptable and counter to our safety, training and operational standards.

“We’ve looked at everything that was involved in the said incident to make sure everything is clean – per state regulations, at a minimum – but we try to go as far and above as we can.”

Two killed in a fire outbreak 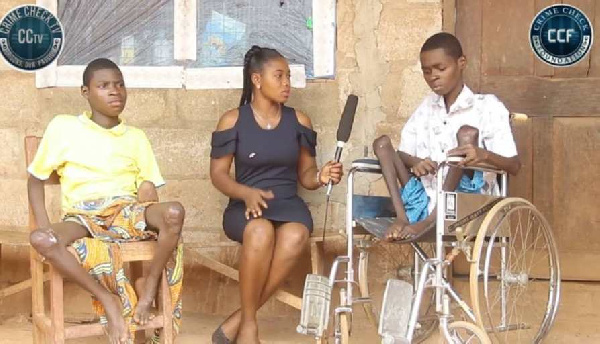 This teenager got paralyzed after being beaten in a dream

VIDEO: Anim Addo in ecstatic mood after being elected on GFA ExCo

VIDEO: Anim Addo in ecstatic mood after being elected on GFA ExCo

6-year-old dies after being swept away by flood