;
Major Top Story
Home » 3 News » Mon 07th Nov, 2022 » Hooting Bawumia at Hogbe: We must deal with booing before our politics turns into a shouting contest – Ahiagbah

The Director of Communications of the New Patriotic Party (NPP) Richard Ahiagbah has raised concerns against the hooting of Vice President Dr Mahamudu Bawumia at the Hogbetsosto festival at Anloga in the Volta Region on Saturday November 5.

Dr Bawimia was booed as a sign of disapproval of some of the things he mentioned during the festival disapproval drowned the rest of his delivery as he shouted atop his voice.

He said among other things that in the last six years, the Akufo-Addo administration has created more jobs than any other government in the Fourth Republic.

It is not only job creation but also, the government has built mores schools, interchanges, airport than any other government in the Fourth Republic, he said.

“We all know we are facing global economic crisis which Togbe Sri III referred to. This is a crisis that is being felt all over the world and the cost of living accelerated across the globe.

“The increase in the cost of living has caused hardships not only in Ghana but many countries.

“In fact, the BBC noted about two weeks ago that so far, this year, in 93 countries we have had public protests against the increased cost of living. It is important to know however that amidst all of this turmoil we should put things in perspectives.”

He added “The government of Nana Akufo-Addo has over the last six years  taken many steps to reposition and transform the economy.

“So whiles we have hardships today, which we are working very hard to alleviate, and In sha’Allah we will deal with it, let us not forget what we have been able to do in the last six years.

Following the hooting, Mr Ahiagbha said “I am saddened by my kinsmen hooting at Dr Mahamud Bawumia, at Hogbe, not only that I’m an NPP, but because of the deafening silence of thought leaders at this poor conduct which is fast becoming the norm.

Thorough investigation into missing twin saga a must

Suspect at large after shooting near LA kills 10 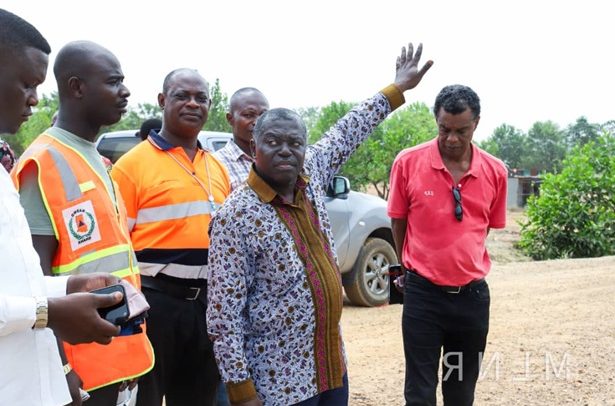 124 Housing Units Under Construction At Appiatse

One dead, two injured as driver runs into traders at Suame