An economist at the University of Ghana Business School (UGBS), Dr Badu Sarkodie, has said that the growth rate in Ghana’s Gross Domestic Product (GDP) is positive news that should be told as the government negotiates with the International Monetary Fund (IMF) for a programme.

He indicated that the country has over the period recorded negative growth therefore, if the trend is changing gradually, it has to be drummed home.

His comments come after the Finance Minister, Mr Ken Ofori-Atta said that Ghana is making progress in the GDP growth rate.

This progress, the Minister said, gives the government a solid foundation to confront the challenges ahead.

Addressing a press conference in Accra on Wednesday September 28, Mr Ofori-Atta indicated that overall, Ghana’s growth outturn of 3.4% and 4.8% in Q1 and Q2 of 2022 respectively, coupled with modest improvements in our fiscal position, suggests the economy is gradually on the upswing despite the numerous shocks that the country has faced over the past two years.

“These figures demonstrate that in spite of recent challenges, there has been economic growth, modest as the gains so far may be.

“This progress gives us a solid foundation to confront the challenges ahead. Undoubtedly, global risks remain on the horizon, including a strengthening US dollar. and higher interest rates which negatively affect external borrowing.

“This development is exerting enormous pressure on our Balance of Payment position, and thus the need for us to expedite our engagement with the IMF.”

He added “Within this context, Government is finalizing its Post-COVID-19 economic programme as the domestic blueprint to engage the IMF.

Reacting to this on the Ghana Tonight show with Alfred Ocansey on TV3 Wednesday September 28, Dr Badu Sakodie said “The government is going for negotiations with the IMF and as part of the negotiations we have to assess the health of the economy. There are various indicators that are used in assessing the economy and real GDP growth rate is one of them.

“If the government is recording 4.8 per cent positive growth rate, of course they will bang their hopes on that and say that though the Cedi is depreciation, though inflation is rate is around 31 per cent but GDP growth rate is positive, it is around 4.8 per cent . 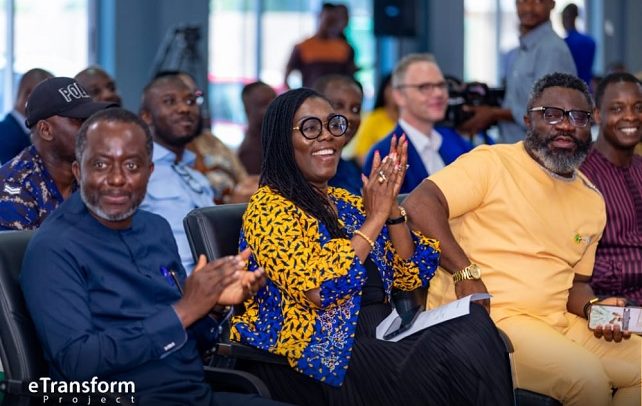 Businesses told to see economic crisis as opportunity to grow

Haircuts: My understanding is that no principals will be touched – Oppong Nkrumah

Economic challenges: You have a govt that cares – Akufo-Addo assures Ghanaians