The Electoral Commission, Ghana (EC) has been admonished to revive the Inter-Party Advisory Committee (IPAC) in order to create a common platform for all stakeholders to deliberate on matters to do with electoral differences in Ghana.

Speaking on TV3‘s Ghana Tonight on Monday, August 8, Professor Baffour Agyemang-Duah, a co-founder of Ghana Centre for Democratic Development (CDD-Ghana), insisted that it is necessary for IPAC to be revived though it is not a constitutional body to have binding decisions.

His call comes in the wake of reactions to the EC’s resolve to accept only the national identity cards as the sole document for registration.

Some major stakeholders including former Chair of the Commission Dr Kwadwo Afari Gyan says such a move by the EC will seek to disenfranchise citizens.

The major opposition party, the National Democratic Congress (NDC), has also served notice of resisting the move if implemented.

Speaking with host Alfred Ocansey, Prof Agyemang-Duah said there has to be a common platform for the EC and all major stakeholders to jaw-jaw on such matters before a decision is taken.

He explained that IPAC was birthed as a result of concerns with the 1992 elections and it had been a platform to cater for electoral differences until the current administration led by Jean Adukwei Mensa seemingly snubbed its decisions.

“As we speak, a major political party, in fact one of the two parties that has the capacity to win power, that is the NDC, apparently has boycotted the IPAC,” he said.

He conceded that IPAC is not constitutionally backed “but you have to understand that in politics usually it’s not legalities that are necessary and important”.

“Common sense also has to inform how legalities are implemented, so the IPAC was a common-sensical approach to how we will resolve our electoral conflicts especially in the absence of lack of consensus among political parties.

“Now, that the IPAC seems to have broken down, I think it is very urgent for the EC and other stakeholders to find a way to revive it because some of the challenges we are having especially the mistrust you are talking about are all coming as a result of a lack of a common platform for these parties to meet with the EC and other stakeholders to begin to resolve these matters.”

With the seeming breakdown of the IPAC, the EC in 2019 launched a 21-member Eminent Advisory Committee (EAC) to enhance engagement and interactions between it and the public prior to the 2020 elections. 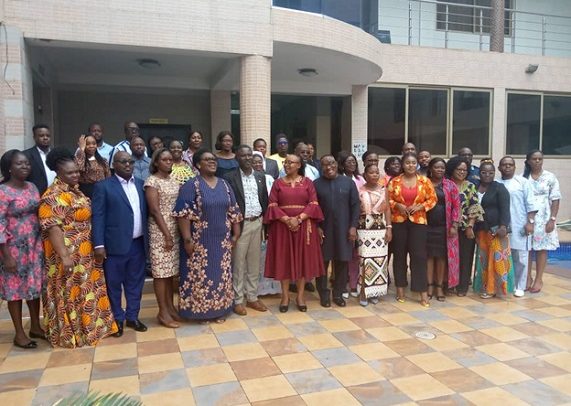