Voters started queuing before dawn across Kenya on Tuesday, eager to have their say over who will run the country for the next five years.

Delays and logistical problems have been reported in some places, but in general the process appears smooth.

The vote follows an intense campaign dominated by debates about living costs, unemployment and corruption.

The outgoing president Uhuru Kenyatta is backing his former foe Mr Odinga, after a falling out with his own deputy.

Mr Odinga was mobbed by supporters when he went to vote in Kibra – one of his strongholds in the capital, Nairobi.

He did not speak to the press, but his wife, Ida Odinga, said he was “upbeat about the election”.

When Mr Ruto voted in the town of Eldoret in the Rift Valley he pledged to accept the election result.

“I think for the first time in the history of multi-party democracy in Kenya, all the candidates have undertaken that they will accept the outcome of the results,” he told the BBC.

A dispute over election results in 2007 led to weeks of violence leading to the deaths of an estimated 1,200 people and forced about 600,000 people to flee from their homes

On Tuesday, there was some frustration among the early morning voters at a polling station in a primary school in the Westlands area of Nairobi.

They were blocked from entering the compound of the school for 90 minutes after voting was supposed to start at 06:00 local time (03:00 GMT).

The reason for the delay was not clear and some people started chanting: “We want to vote!”

“I was here very early. It’s been disappointing that we got here early and had to wait for a long time,” voter Alex Kipchoge told the BBC.

When voting did get under way, however, the process went well.

There have also been reports of delays in the coastal area of Mombasa and some parts of the north-east of the country.

There are several other elections for parliament and local government happening at the same time and a mix-up of ballot papers in some areas for some of those votes has again raised questions about the organisation of the general election.

Polls are open for 11 hours and are expected to close at 17:00 local time (14:00 GMT). Anyone still in the queue at closing time will be allowed to vote.

The results of the last presidential election in 2017 were annulled after the Supreme Court ruled that the electoral commission had not followed the law when it came to the electronic transmission of the vote tallies from the polling stations.

Judges ruled that “illegalities and irregularities” had taken place.

A re-run was won by Mr Kenyatta, but boycotted by Mr Odinga – the main opposition candidate at the time.

The chairman of the electoral commission, Wafula Chebukati, who was also in charge of the 2017 vote, has frequently tried to reassure Kenyans that his team will be up to the task this time.

But Monday’s logistical problems have increased the pressure on him.

This election looks like it will be a tight race between frontrunners Mr Odinga, 77, and Mr Ruto, 55.

Mr Odinga – a long-serving opposition leader, nicknamed Baba (“father”) by his supporters, is running for president for a fifth time. Mr Ruto, who has tried to emphasise his connection with ordinary Kenyans by calling himself a “hustler”, is taking his first stab at the presidency.

Two other candidates – David Mwaure and George Wajackoya – are also in the race.

Despite the campaign being dominated by issues, ethnic loyalty may also play a part in determining how people vote.

For the first time in the multi-party era none of the main candidates are from the country’s largest ethnic group – Kikuyu.

But knowing that those votes are vital, both have chosen Kikuyu running mates.

To win the presidential race in the first round, a candidate needs:

Voters will also be choosing MPs and senators to go to the national parliament, county governors and county assembly members, as well as 47 women’s representatives to sit in the National Assembly.

Counting will start at the polling stations shortly after voting ends. Officials will then take a photo of the final tally and send the image to both the constituency and national tallying centres.

To ensure transparency the media, political parties and civil society groups have been urged to run their own tallies using final results declared at the more than 40,000 polling stations.

But only the electoral commission can declare the winner of the presidential election after verifying the physical and digital forms sent to the national tallying centre. 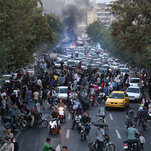 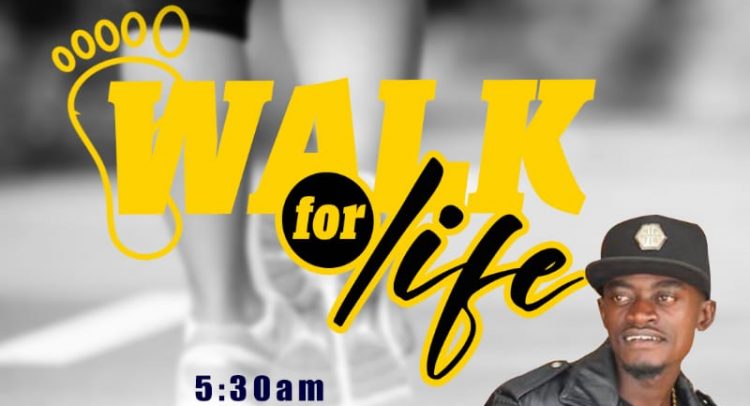