;
Sports
Home » 3 News » Fri 01st Jul, 2022 » Samuel Boadu has no intention to leave Hearts of Oak despite board pressure

Hearts of Oak head coach Samuel Boadu has stated his desire to remain and continue doing great things for the club despite not having the backing of some board members.

Board member Dr Nyaho Nyaho-Tamakloe expressed concerns about Boadu and his technical team earlier this week, as the team prepares to return to Africa for the second consecutive season thanks to the MTN FA Cup in the just-ended season.

“I strongly have my doubt that the technical team can do well in Africa. Hearts of Oak is a big club and must always be in the hand of a big coach like Attiquayefio. I believe the current technical team can’t carry us far,” He told Accra-based Angel FM.

Hearts, who won the treble last season, were eliminated in Africa. They were battered 6-2 on aggregate by Wydad in CAF Champions League and then lost 4-2 on aggregate to JS Saoura in the Confederation Cup.

Boadu’s failure to defend the league title as Hearts finished sixth has exacerbated the situation, but the coach is unfazed.

“I am working for Hearts of Oak. When you lose a match, the pressure will come here and there. We are always learning from our mistakes,” the 36-year-old said in an interview with Asempa FM.

His contract is set to expire in September 2023.

In his 15 months with Hearts, Boadu has won five trophies, including the Ghana Premier League title, two FA Cups, the Super Cup, and the President’s Cup.

GIISDEC Board starts consultation on iron deposit at Akpafu 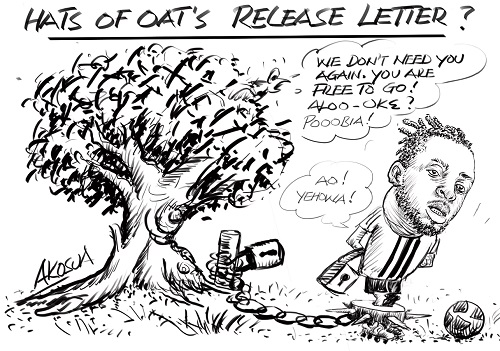