“It was the coolest thing ever,” said YouTuber Logan Paul after going the distance with unbeaten former five-weight world champion Floyd Mayweather.

Their eight-round exhibition bout at Miami’s Hard Rock stadium did not have a winner – there were no judges at ringside and the fight did not count for either fighter’s record.

Mayweather dominated the pay-per-view event, without landing a knockout blow.

“Just going the distance was a win for him,” Mayweather said.

“When the money comes, we will see who the winner is,” he added.

The 44-year-old said he expects to make $50m (£35m) from the event and even referred to the exhibition as “legalised bank robbery”.

Many in boxing had criticised the spectacle before a punch had been thrown. But there was certainly an appetite for it – not only from curious fight fans, but from some of Paul’s 23 million YouTube followers.

Mexican boxing superstar Saul ‘Canelo’ Alvarez appeared to give his thoughts to his own Twitter followers during the fight.

There was a suggestion the demand might have overwhelmed the servers of Showtime, the service that streamed the fight, with some users complaining they were unable to view it.

What they would have seen was an experienced campaigner in Mayweather – unbeaten in 50 fights and reckoned to be one of the greatest boxers of all time – hand out a lesson to a man 18 years his junior, 16kg heavier and six inches taller.

There was plenty of grappling in the middle rounds, but Paul showed his ability to take punishment – and prevent Mayweather ending the contest early.

Paul’s only other fights were against another YouTube personality, KSI.

But Mayweather later admitted that he had underestimated Paul, calling him “a great young fighter, strong, tough” and saying “he’s better than I thought he was”.

“He’s a tough competitor, I’m surprised by him tonight,” he said.

“You got to realise I’m not 21 any more but it’s good to move around with these young guys, test my skills just to have some fun,” Mayweather added, calling the event “a fun night”.

Paul was delighted to have gone the distance – even performing a post-fight hand stand in the ring: “The fact I am in here with one of the greatest boxers of all time proves that the odds can be beaten,” he said.

“It’s one of the greatest moments in my life.”

Although he added: “I’m going to go home thinking if he let me survive.” 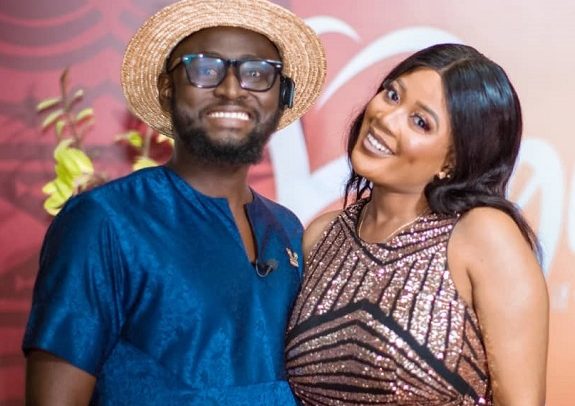 What does Wiyalaa’s Grammy membership mean for Ghana’s music industry?